No favour has been granted to me: Sanjay Dutt after leaving jail 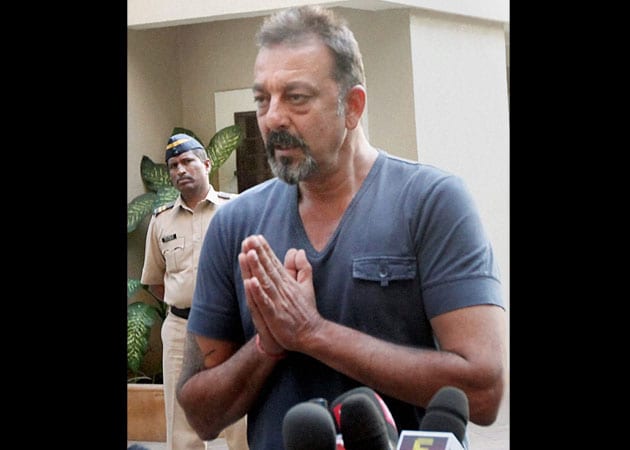 Bollywood actor Sanjay Dutt, who reached his Mumbai home on Saturday (December 21, 2013) after being granted a month's leave from Pune's Yerwada Jail, claimed that no special favour had been granted to him.

Bollywood actor Sanjay Dutt, who reached his Mumbai home on Saturday (December 21, 2013) after being granted a month's leave from Pune's Yerwada Jail, claimed that no special favour had been granted to him.
"I appreciate the support from jail authorities. I have come through a process. The media should read the book on parole, no favour has been done on me, they have treated me like any other criminal," he added.
Sanjay Dutt was sanctioned leave for a month by Pune's divisional commissioner Prabhakar Deshmukh after he filed an application citing his wife Maanyata's illness. However, Maanyata Dutt was seen at two separate events at the same time and the news of Mr Dutt being granted yet another parole stirred controversy and invited protests from activists.
However, Mr Dutt today confirmed that his wife indeed had a tumour in her liver. He said "My Wife has a tumor of the liver. There have been many cancer instances in my family. Doctors are investigating. Please pray for my wife. We will follow medical course after the investigation."
Mr Dutt has already spent the whole of October on leave at home in Mumbai. He was granted two weeks leave on medical grounds on October 1 and an extension of another two weeks on October 14.
Mr Dutt had surrendered in a TADA court in Mumbai in May after the Supreme Court delivered a final verdict on the Bollywood actor's part in the bomb blasts that ripped Mumbai apart in 1993. Mr Dutt, who was sentenced to six years in jail in 2007, had his sentence reduced by a year. He had already served 18 months of his sentence and was sent to prison to serve the remaining 42 months left of the five-year jail term he was handed by the Supreme Court.