No, Ileana D'Cruz Isn't A Part Of Varun Dhawan's Judwaa 2 With Parineeti Chopra

When asked if she has been approached, Ileana denied and said she is instead looking forward to her upcoming projects, Baadshaho and Mubaraka 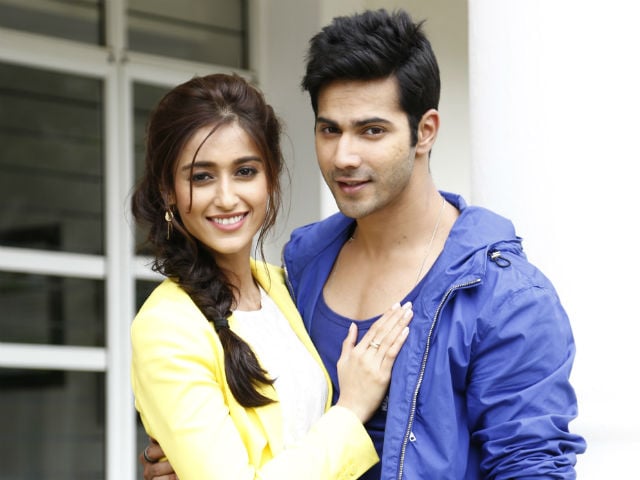 Ileana D'Cruz has denied being part of actor Varun Dhawan's forthcoming Judwaa 2, which is a sequel to the 1997 Salman Khan comedy, Judwaa.
There were reports that the Rustom actress and Parineeti Chopra have been roped in for the sequel. The original was directed by David Dhawan and starred Karisma Kapoor and Rambha.
When asked if she has been approached, Ileana denied and said she is instead looking forward to her upcoming projects, Baadshaho and Mubaraka.
"No I haven't been approached (for Judwaa 2). But I am very much excited for Mubaraka and Baadshaho. I hope you guys like it," she told reporters.
Baadshaho stars Ajay Devgn, Emraan Hashmi, Esha Gupta among others. Reportedly, the film is set during the '70s emergency period and features the 28-year-old actress as a charming girl. Mubaraka, on the other hand features Arjun Kapoor in a double role and also stars Anil Kapoor, Athiya Shetty and Amrita Singh. The comedy film is directed by Anees Bazmee.
Ileana spoke at a special event revolving around skin-care. When asked if there is a pressure for actresses to always look good, Ileana said, "I think so, definitely. I have been around for over 10 years. More so because when photos are taken of mine at the airport, I would rather be in track pants."
"The other day they clicked photos of me and I had injured my shoulders badly. So, I was holding on to it in a lot of pain, and the caption said 'why do sad?'" The actress, however, said the constant scrutiny of a star is just a small problem.
"There is a lot of pressure, but I can't complain. It is something which comes with the job. It is just about pros and cons, and this one is a small con."
(Except for the headline, this story has not been edited by NDTV staff and is published from a syndicated feed.)