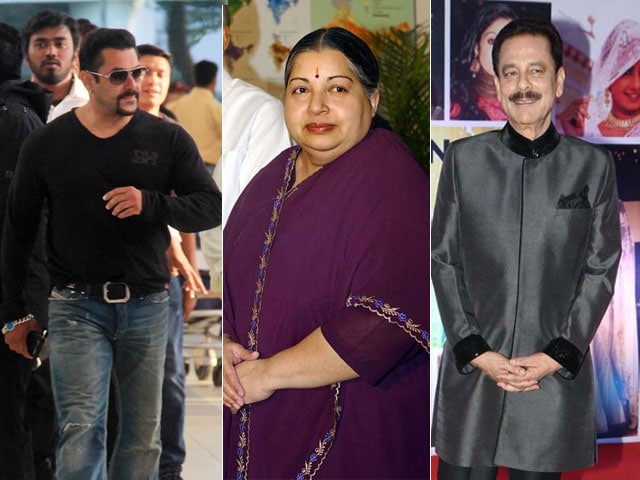 "I was asked to remove the names of all popular figures even if they were not being used in a degrading context," Kundan Shah is quoted as having said

In fresh trouble between the Censor Board and filmmakers, director Kundan Shah's new film P Se PM Tak will open on Friday after some 40-odd reported audio edits. Some of the cuts ordered are not banned cuss words from the Board's controversial list but references to public figures.
The Mumbai Mirror reports that Mr Shah, director of Jaane Bhi Do Yaaro and Kabhi Haan Kabhi Naa, was ordered to delete all references to actor Salman Khan, Tamil Nadu's newly re-instated Chief Minister J Jayalalitha and Sahara boss Subrata Roy. "I was asked to remove the names of all popular figures like Salman Khan, Jayalalitha and Subrata Roy even if they were not being used in a degrading context," Mr Shah is quoted as having said.
On Twitter, Board member Ashoke Pandit blamed the edits on 'one man's arrogance,' possibly directed at Censor Board chief Pankaj Nihalani who Mr Pandit has publicly criticized for alleged high-handedness in the Board's decision-making process:


Feeling sad for one of the masters of Indian Cinema #KundanShah, who's victimised like others by one man's arrogance. pic.twitter.com/xsSdFfXSUe

In the Mumbai Mirror report, Mr Shah claims friendship with both Ashoke Pandit and Pankaj Nihalani.
In P Se PM Tak, Bollywood debutante Meenakshi Dixit stars as a prostitute who eventually becomes Chief Minister and then Prime Minister, a role that Mr Shah wrote 20 years ago with Madhuri Dixit in mind.
The Nihalani-led Censor Board has been divided by an internal rift with members publicly disagreeing with changes ordered in films such as Anushka Sharma's NH10 and Varun Dhawan's Badlapur. The public skirmishes led to a March meeting with Rajyavardhan Rathore, the Minister of State for Information and Broadcasting, who also met separately with a delegation of Bollywood actors, directors and producers. Just recently, Mr Nihalani was also accused by a member of the body's Revising Committee of having violated rules at a screening of director Anurag Kashyap's Bombay Velvet.