No, That's Not a Pic of Shilpa Shetty Queuing at ATM, Says Her Husband

"Of course I take nanny, wife and kid to bank," tweeted Raj Kundra 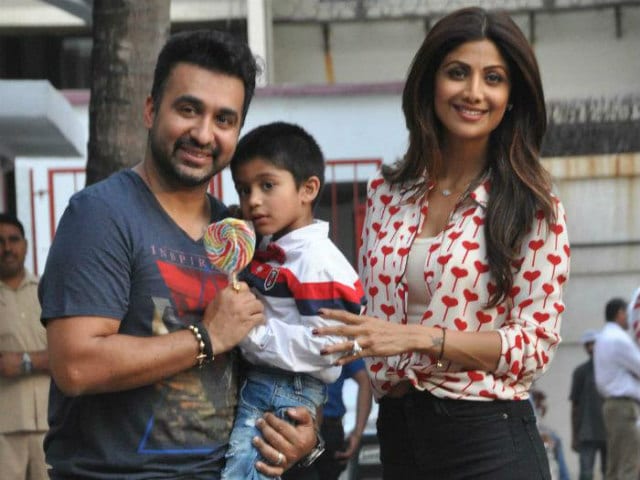 On Tuesday morning, businessman Raj Kundra logged hastily onto to Twitter after his routine newspaper read.
Raj and family - wife Shilpa Shetty and son Viaan - were photographed outside a Mumbai bank on Monday, behind them a queue of people waiting to use the ATM. However, it appeared the headline was somewhat premature - Shilpa, Raj, Viaan and the family nanny (yes, they were all in the photo) were not there to line up for new notes. Demonetisation may well have affected the elite, but not in this particular instance.
"Of course I take Nanny, wife and kid to bank," Raj tweeted sarcastically, adding: "Real not reel news please!"
This is the report he was referring to: 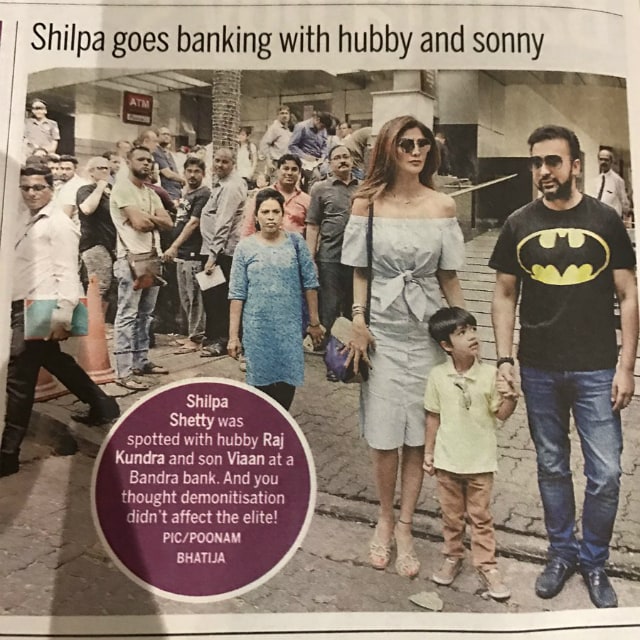 Prime Minister Narendra Modi's sudden scrapping of Rs 500 and Rs 1000 notes on November 9 has sent folks everywhere scurrying to exchange, deposit and withdraw at banks.
Big showbiz names like Rajinikanth and Shah Rukh Khan have tweeted in support of the currency ban and hailed it as "far-sighted":