Not negotiable! Bollywood Celebs and Their Starry Demands 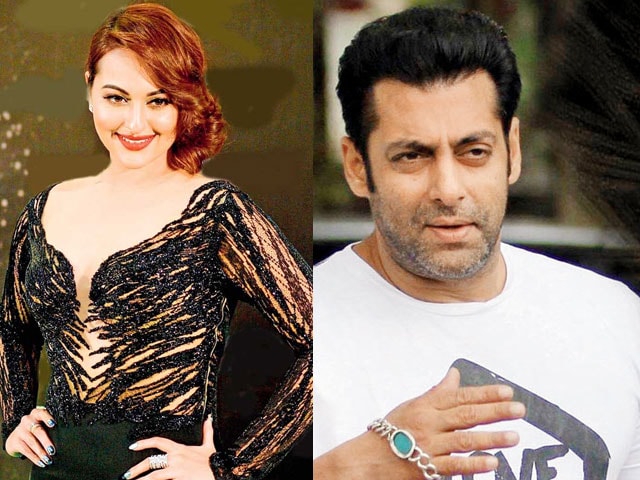 With Akshaye Khanna drawing up conditions for his comeback in Dishoom, a look at other stars, including Rekha, who wanted their demands met at the risk of losing a project

They say that with great power comes great responsibility. It seems that our celebrities have taken the saying a little too seriously. More often than not, they do draw up a list of dos and don'ts when they sign a project. In the industry, the bigger the star, the greater are the number of conditions.
Akshaye Khanna, who has been missing in action for a few years - the actor was last seen in Gali Gali Chor Hai (2012) - is all set to feature in Rohit Dhawan's upcoming film, Dishoom. The film rolls next month and comprises John Abraham, Jacqueline Fernandez and Rohit's younger brother, Varun Dhawan in lead roles.
Akshaye plays the baddie in the project and apparently, it took a lot of cajoling for Rohit to get the actor on board. He apparently agreed to essay the negative role albeit on certain conditions - first, he doesn't want to play the quintessential villain. Certainly not the type that gets beaten to pulp by the hero. Second, he would want to give his inputs in the upcoming action comedy. With the actor and the makers speaking constantly about the conditions, speculations were rife that Akshaye might be replaced.
This is not the first time that Akshaye has put up his terms and conditions for a film. If sources are to be believed, last year Akshaye had expressed his displeasure at a film's script and might have gotten his role rewritten in Dev Benegal's film Bombay Samurai which later failed to take off.
Hitlist takes a look at other such stars who are keen to play safe at all costs even if it meant losing the project:
Shun it mid-way
A few weeks ago, Rekha took the industry by surprise by walking out of Abhishek Kapoor's Fitoor. Apparently, the veteran actress wasn't happy with the way her role was shaping up in the film. Certain rumours also suggest that she wasn't happy with her look in the film. Whatever the reason, Rekha's sudden exit left the makers high and dry and they eventually replaced her with Tabu. Re-shooting the portions with Tabu was not only a labourious task, but also proved to be an expensive affair for the makers.
Not too convinced
Vidyut Jammwal walked out of Sujoy Ghosh's forthcoming project, the adaptation of the Japanese novel, The Devotion Of Suspect X, stating that he does not see himself in a film of this genre. However, the buzz is that he did not want to share screen space with Saif Ali Khan again after their last release Bullett Raja (2013) proved to be a box office dud.
Skip the kiss
Several celebrities' demands sometimes border on being coy. Take Sonakshi Sinha for instance. The actress has a 'no kissing' and 'no-intimacy' clause in her contract. Reason? She is uncomfortable doing such scenes. Her Dabangg co-star, Salman Khan, too, detests locking lips on screen stating that families watch his films and apparently he feels awkward performing such scenes knowing that his mother (Salma) sees his films.
Post her wedding with Saif Ali Khan, Kareena Kapoor Khan refrains from kissing and doing intimate bedroom scenes. Pakistani actor Ali Zafar too has incorporated a 'no-kissing' clause in his contract saying that he isn't sure about how people will react to it back home. During the filming of London Paris New York (2012), the actor's body double was used to shoot the love-making sequence between him and Aditi Rao Hydari.
On a large scale
Before clinching the deal with the makers of TV show Satyamev Jayate, Aamir Khan wanted not just one channel but the entire channel network and Doordarshan to air the show since satellite TV has limited reach in the country.
Shah Rukh Khan who always stuck to his rule of not kissing on screen made an exception for Yash Chopra's Jab Tak Hai Jaan (2012). The actor said that the script demanded a kiss, and he agreed because of his rapport with the late filmmaker.
It is well known that Akshay Kumar doesn't work on Sundays. However, he worked on his day-off during Priyadarshan's Bhagam Bhag (2006). He also gave up on the weekly holiday to finish shooting for Milan Luthria's Once Upon Ay Time In Mumbai Dobaara (2013) as well as for Karan Malhotra's upcoming film, Brothers.