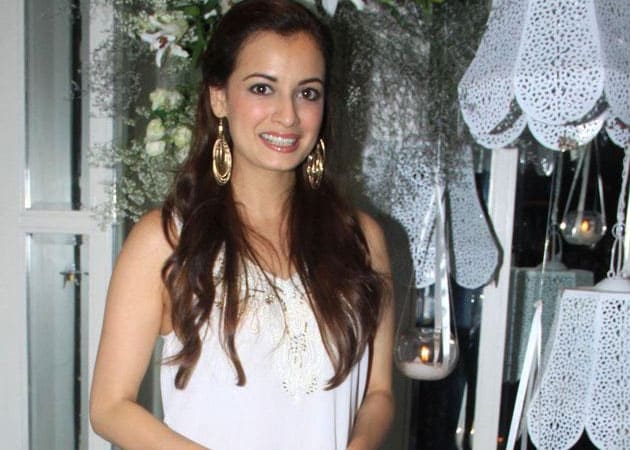 Like her fellow actors, she has joined hands with NGO CARE India for the cause.

It took me less than 5mins to make my contribution!I know you want to make a difference:)Go ahead! Feel good! http://t.co/8YvtRgJSy1@ketto

The Bobby Jasoos producer has also shared the link of the site where contributions can be made.

The link led to a page that read: "Hello, I'm Dia Mirza. I'm an actor and producer by profession. An individual who participates and lends a voice to many causes out of choice. The recent tragedy in Kashmir courtesy the floods however, leaves me with no choice but to react with a sense of urgency. I want to help as many lives as I can. I want to make sure that you do the same. The amount raised so far is Rs 1,31,051 and the goal is to raise Rs5,00,000. The funds raised will go to CARE India, who will utilize the same to hand out survival kits to the affected families and individuals in Jammu and Kashmir. The kits would include basic amenities for survival like tarpaulin, mats, hygiene kit (soap, toothbrush, toothpaste, sanitary napkins and disinfectants and blankets. The floods, which hit the region early this month, have claimed over 200 lives."