Off the radar: B-Town stars who are seldom seen in public 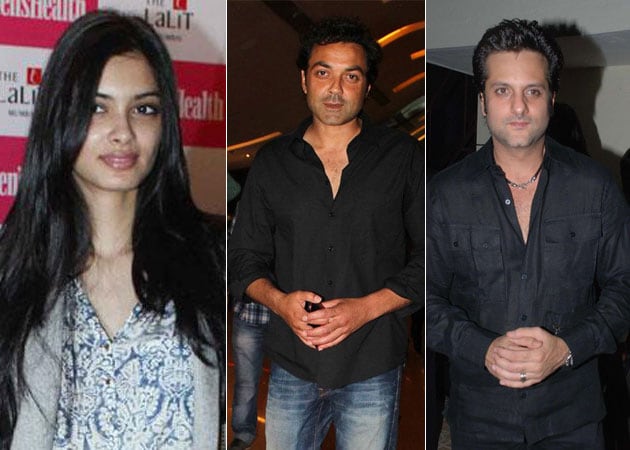 For some reason or the other, there are some film stars who don't make themselves visible in public.

The words 'Bollywood' and 'publicity' are almost synonymous, considering the scale of importance attached to film stars. Small wonder why actors are clicked no matter where they are - be it at a social do, private event or even at the airport. In such a scenario, if some actors are nowhere to be spotted, curiosity arises. And for some reason or the other, there are some film stars who don't make themselves visible. Hitlist points out a few of them.
Diana Penty
Last release: Cocktail (2012)
Missing in action: The beautiful model-turned-actress creates more rumours than photoshoots. Every now and then, she's spotted at social dos only to disappear from the scene altogether again.

Prateik
Last release: Issaq (2013)
Missing in action: His career graph hasn't seen a spike in a long time now nor is he seen much in public. On top of that, this young actor has been fuelling rumours thanks to his reported heartbreak and related emotional troubles. He is a rarity at events now.
Gracy Singh
Last release: Dangerous Ishhq (2012)
Missing in action: The actress, who had a dream debut with Lagaan (2001) followed by roles in films like Gangaajal (2003) and Munnabhai MBBS (2003), is said to be more active up in the Punjabi film industry.

Giselli Monteiro
Last release: Always Kabhi Kabhi (2011)
Missing in action: Remember her opposite Saif Ali Khan in a memorable role as a Punjabi kudi in Love Aaj Kal (2009)? Well, she is nowhere to be noticed in recent memory.
Rimi Sen
Last release: Shagird (2011)
Missing in action: Remember her from Dhoom and Golmaal? This Bengali beauty resides in the city but is cut off from not only mainstream cinema but also from the industry. In other words, she seems to have taken a bow.
Imran Khan
Last release: Gori Tere Pyaar Mein (2013)
Missing in action: After an unsuccessful streak of films he had last year, Imran has more than enough reasons to avoid shutterbugs. So much so that he went on record stating that he'll consciously avoid the limelight. Also, he'll be turning a father in June.
Fardeen Khan
Last release: Dulha Mil Gaya (2010) Missing in action: Of late, Fardeen is seldom noticed at events or parties. He is said to be keen on building his own production house. Refreshingly enough, the out-of-shape actor shed quite a lot of weight recently.
Akshay Khanna
Last release: Gali Gali Chor Hai (2012)
Missing in action: The Taal star turned 39 last week. And as expected, there was little to no noise about the whole development. The actor was also embroiled in a fraud case last year where he was the victim.
Bobby Deol
Last release: Singh Saab the Great (2013)
Missing in action: If you go by the trade buzz, this actor is way too laidback for his own good. And that might be one of the reasons why he's rarely noticed at parties or events graced by fellow Bollywood celebs. He is said to prefer staying indoors.
Neil Nitin Mukesh
Last release: Shortcut Romeo (2013)
Missing in action: Since last year proved to a trough in his career with two flops to his credit, this hunk seems to have put himself into a contemplative mode. Let's wait and watch whether he's taking his time off from the noise to pick up the right script.
Comeback kid
Harman Baweja used to be one of those who chose to keep a low profile but that was in the past. As of now, he's back in focus with the release of his latest film Dishkiyaaoon and his out in the open relationship with Bipasha Basu.