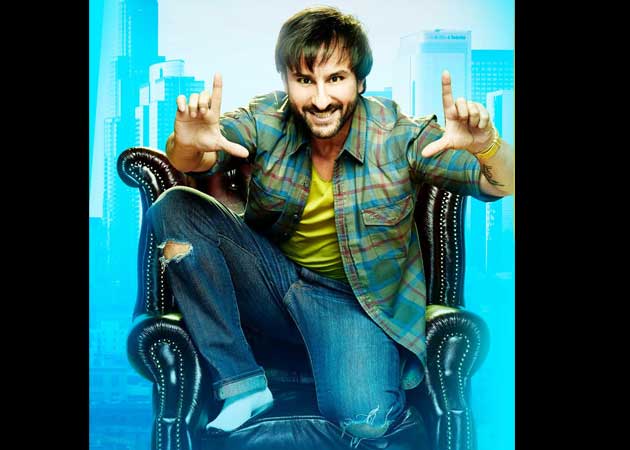 Saif will be seen playing Yudi, a Hollywood writer, in his upcoming movie Happy Ending

Actor Saif Ali Khan gets ready to end November on a happy note with Raj Nidimoru and Krishna DK's Happy Ending, which is set for a November release.

The first poster of the film features an enthusiastic Saif, who plays Hollywood writer Yudi, sitting on a chair and picking the right frame from the point of view of a director.

The actor totally defies his age with his casual yet trendy look in the poster, donning vibrant hues and a pair of rugged blue jeans, with high-rise buildings set in the backdrop of the poster.

Actress Ileana D'cruz will be seen sharing screen-space with Saif as his leading lady in the film which also stars actors Govinda, Ranvir Shorey, Kalki Koechlin in pivotal roles.

Saif's actress-wife Kareena Kapoor will be seen in a cameo role as will actor Preity Zinta.