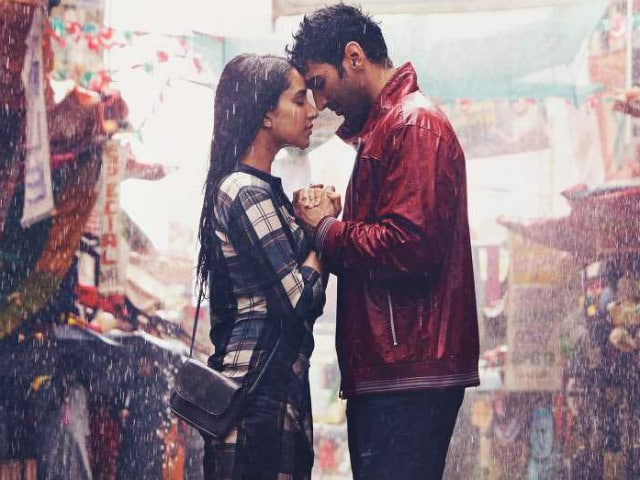 OK Jaanu Review on Twitter: Shraddha Kapoor, Aditya Roy Kapur in a still from the film

"You will fall in love with Shraddha Kapoor again," read a tweet describing Shraddha and Aditya Roy Kapur's OK Jaanu on Saturday. OK Jaanu is actually the remake of celebrated director Mani Ratnam's Tamil blockbuster OK Kanmani, which released in April 2015. Kill Dil director Shaad Ali takes the reigns for the Hindi version of the feel good movie. Shraddha and Aditya feature as a young couple, who meet in the city of dreams - Mumbai. Their rapport in the film is the perfect example of a no-strings-attached relationship. A day after OK Jaanu hit screens, Twitter is divided over its review. However, "OK Kanmani is better than OK Jaanu," tweeted another user. Shraddha Kapoor and Aditya Roy Kapur's film is the first big release of 2017 while the box office is still rattling under the weight of Aamir Khan-film Dangal's record-breaking box office figures.
The general vibe on Twitter is that OK Jaanu is "offbeat, breezy" and most importantly - "entertaining."

Some viewers compared OK Jaanu with its Tamil counterpart, and the result was this:


From all the review, OK Kanmani is more better than OK Jaanu

Here's an update that will probably make you go "aww..."

OK Jaanu was well applauded on Twitter and Shraddha's performance was mentioned time and again. "It's worth a watch," Twitter assured.

Don't miss it #OkJaanu In cinemas now!!
Go and book your tickets!!
It's worth watchful @ShraddhaKapoor#AdityaRoyKapur

Shraddha and Aditya's OK Jaanu did not strike the right chord with some cine-goers, who expressed their disappointment on Twitter:


Cheee man I want my money back..Ok Jaanu is one of the worst film I have seen..

Shraddha and Aditya hosted screenings for their friends and colleagues from Bollywood who posted shout-outs for the Shaad-Ali directed film. Actors like Sooraj Pancholi, Kriti Sanon and Arjun Rampal just could not stop raving about OK Jaanu.

The adorable chemistry of @ShraddhaKapoor and #Aditya will make u fall in love!Go watch #OkJaanu this friday! @karanjohar@shaadesh

All the best my darling @ShraddhaKapoor#Aditya@karanjohar#Shaad for today. #okjaanu looks awesome. Gonna see it for sure.