OK Jaanu Review: The common opinion on Twitter is that Shraddha Kapoor and Aditya Roy Kapur's OK Jaanu is "offbeat, breezy" and most importantly - "entertaining" 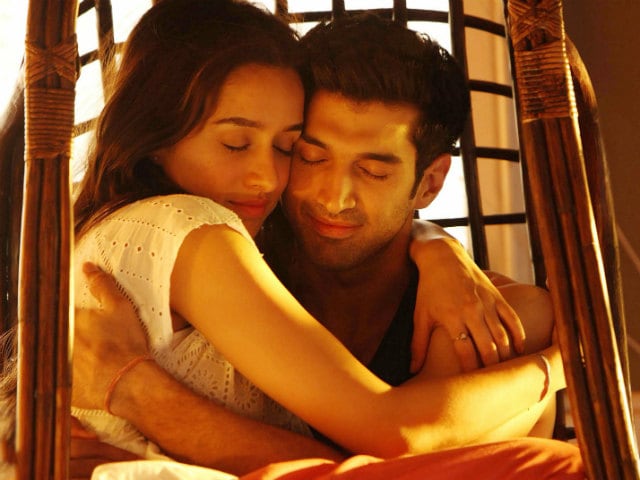 Shraddha Kapoor, Aditya Roy Kapur's aashiqui version 2.0 - Shaad Ali's OK Jaanu, released today, and some of the early-bird cinegoers, who opted for the first show, have shared their review of the film on Twitter on Friday. Ahead of the film's release, Shraddha and Aditya were busy screening OK Jaanu for their friends and colleagues from Bollywood. On Twitter, OK Jaanu has received shout outs from celebrities like Varun Dhawan, Kriti Sanon and Arjun Rampal, and of course filmmaker Karan Johar, whose Dharma Production backs Aditya's and Shraddha's film. We have collected the audience's verdict from Twitter to give you a fair idea about the film. Yes, you are very, very welcome. 2016 was rounded off on a blockbuster note with Aamir Khan's Dangal while it is Shraddha Kapoor and Aditya Roy Kapur's film which is the first big release of 2017.
The common opinion on Twitter is that OK Jaanu is "offbeat, breezy" and most importantly - "entertaining." While Shraddha and Aditya's performances were hailed as "brilliant," veteran actor Naseeruddin Shah's part in OK Jaanu was also loved by Twitter. "Really sweet romantic movie. Aditya Roy Kapur and Shraddha Kapoor are brilliant. Naseer Sahab is a school of acting," read a tweet.

#moviereview#OkJaanu#RReviews
Okay, it is upbeat. It is a fast-paced love story, almost with like a "Vrooom"... https://t.co/vMnbI5ooFZ


All the best my darling @ShraddhaKapoor#Aditya@karanjohar#Shaad for today. #okjaanu looks awesome. Gonna see it for sure.

Kriti Sanon shared a disclaimer: "OK Jaanu will make you fall in love!"


The adorable chemistry of @ShraddhaKapoor and #Aditya will make u fall in love!Go watch #OkJaanu this friday! @karanjohar@shaadesh

This is what Varun Dhawan had to say:


#OkJaanu out in 2 days. Go watch #AdityaRoyKapur and @ShraddhaKapoor in the theatre https://t.co/riEHoc4hqt de doooooo


At our first screening of #OkJaanu ....this Friday!!!Join the two on their journey of love and commitment!!!! pic.twitter.com/I88e62R7a2

Aditya Roy Kapur and Shraddha Kapoor star as Adi and Tara and their rapport in OK Jaanu is the ideal example of the perfect no-strings-attached relationship. Oscar-winning composer A R Rahman has composed music for OK Jaanu which is the Hindi remake of Mani Ratnam's Tamil hit OK Kanmani. This is the second time Shraddha Kapoor and Aditya Roy Kapur are co-starring after 2013's Aashiqui 2.