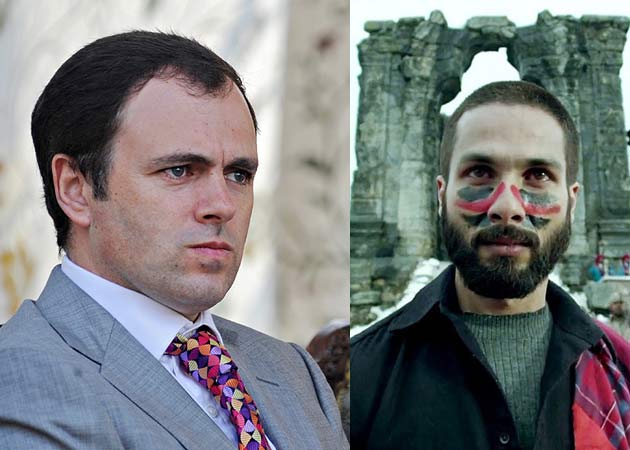 Omar has revealed that he had not even watched Haider

Jammu and Kashmir Chief Minister Omar Abdullah has denied news reports suggesting he complained about Haider to filmmaker Vishal Bhardwaj, saying he has not even watched the movie yet.

Reacting sharply to a report carried by a news portal that reported something on the same lines, Omar wrote on Twitter:

So this website has to be awarded for the most amazing work of fiction I've seen in a very long time. http://t.co/ZxflGLHBiD 1/n

Omar Abdullah has also demanded the news be withdrawn with a correction.

Lets be very clear I haven't seen Haider, I don't know when & even if I'll get down to seeing it much less writing to Vishal about it 2/n

So where oneindia.in heard that I'd seen the movie & proceeded to complain to Vishal about it I'll never know. I expect a retraction 3/3

With Haider, an adaptation of William Shakespeare's Hamlet, Vishal Bhardwaj has tried to portray the story of violence and innocence through periods of turbulence in Kashmir. (Also Read: Haider Review)

The movie has been co-scripted by talented Kashmiri writer Basharat Peer whose book Curfewed Nights had been very well received by both readers and critics.