On Govinda's List Of Complaints: Karan Johar Is 'Jealous,' Pretends To Be 'Humble'

Govinda said that Karan Johar only pretends to be 'humble and innocent.' He's not impressed with David Dhawan either 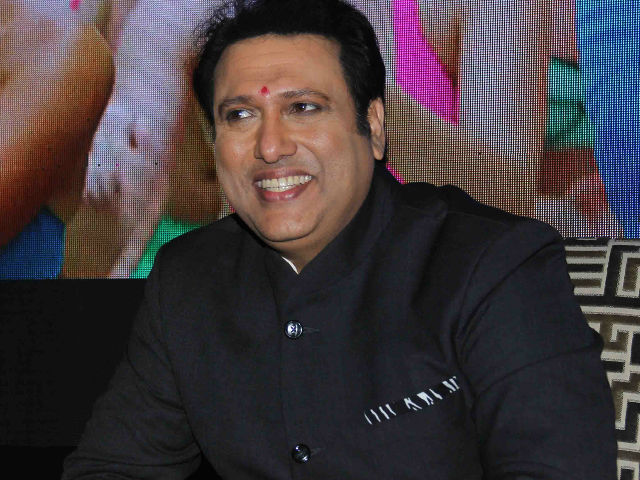 Actor Govinda, who is all set for the release of his new film Aa Gaya Hero, has a bone to pick with filmmaker and talk show host Karan Johar. KJo, surely one of the most popular Bollywood insiders, enjoys a lot of goodwill in the industry - Govinda, however, is plainly not one of his many friends. In an interview to Pinkvilla, the Hero No 1 star said that he thinks Karan Johar is more "jealous" and "dangerous" than director David Dhawan, with whom he has collaborated in 17 films. Govinda was asked if he will appear on the ongoing fifth season of KJo's popular talk show Koffee With Karan and the Kill/Dil actor said: "He must have said that it would be a matter of national respect for him if he calls Govinda, but he is releasing Varun's (Dhawan) film just a week after my film. He shows that he's very humble and innocent, but woh mujhe David (Dhawan) se zyaada jealous and zyaada khatarnak lagta hai."
"He has never called me in 30 years, he doesn't see actors who are not the part of his group and doesn't even say a hello, I doubt. He's not that kind-hearted. It's a well-planned and smart move by Karan that he's releasing his film a week after mine. Mujhe woh kabhi seedha nahi lagta hai," he told Pinkvilla.
Govinda was referring to Badrinath Ki Dulhania, starring Varun Dhawan and Alia Bhatt and produced by Karan Johar. The film is releasing on March 10, a week after Govinda's Aa Gaya Hero which is the actor's first release after 2014's Happy Ending. On the subject of Koffee With Karan, both Alia and Varun have attended the show this season separately but are scheduled to make an appearance together in an upcoming episode in aid of Badrinath Ki Dulhania.
Meanwhile, Govinda is not mincing words when it comes to talking about his relationships and fallouts with his colleagues. Govinda and David Dhawan ruled Bollywood in late Nineties and early 2000s with films like Coolie No. 1, Bade Miyan Chote Miyan and Haseena Maan Jaayegi. The actor told news agency PTI that he was keen to make an 18th film with David Dhawan but the director used his idea and cast Rishi Kapoor instead.
The film in question was 2013's Chashme Baddoor, which also featured Ali Zafar, Taapsee Pannu, Siddharth and Divyendu Sharma. "When I asked David to make the 18th film with me, he took my subject and titled it Chashme Baddoor and cast Rishi Kapoor in it. Then I asked him to put me as a guest appearance. He didn't do that too. After that, I didn't meet him for some years. I kept requesting him to take at least one shot with me so that it could be my 18th film with him. But I don't know what he had in his mind," he told PTI.
That's an extensive litany of complaints.
Of working with Salman Khan, with whom he starred in Partner (another David Dhawan film), Govinda told PTI: "It should happen in a right way. Because I feel if people want Govinda and Salman together, it is important to have the right subject. They would require that kind of energy too."
Aa Gaya Hero is directed by Dipankar Senapati and produced by Govinda. The film also stars Ashutosh Rana, Murli Sharma, Richa Sharma and Chandrachur Singh. It releases on March 3.
(With PTI inputs)