On Her Birthday, Gauri Khan Gets Insta-Wishes From Her Girl Gang

The first lady, who also happens to turn 46 today, has very loyal family and friends 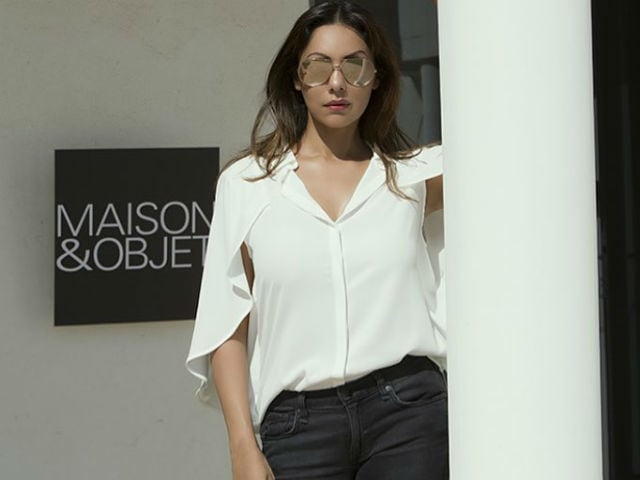 This image was posted on Instagram by Gauri Khan

Gauri Khan is easily one of the most graceful star-wives in Bollywood. Together with superstar Shah Rukh Khan, they have one of the most enduring and endearing marriages. But the first lady, who also happens to turn 46 today, has a very committed girl gang as well.
Gauri, who is usually providing us with many adorable moments on Instagram, was instead at the receiving end of some birthday wishes from her friends, along with a few throwback pictures, and we took notice.
Maheep Kapoor posted a photo which had husband Sanjay and actor-nephew Arjun as well:

Sohail Khan's wife Seema got into party mode with a picture from last year's party, and Neelam Kothari shared the photo as well.

And Chunky Pandey's wife Bhavana wished her with two images, an old photograph of Gauri's with children Aryan and Suhana (minus the then yet-unborn Abram), and one with herself:

Gauri is an established interior designer, who along with Sussanne Khan, has designed many private homes. She also launched her own interior store in Mumbai called Design Cell. The relatively media-shy Gauri appears in a couple of advertisements with husband Shah Rukh, but is an instrumental part of their home production company Red Chillies Entertainment. In the past Gauri has produced films like Om Shanti Om and Chennai Express. She is currently attached to Imtiaz Ali's The Ring.
Happy birthday, Mrs. Khan.