On IFFI stage at Goa, Waheeda Rehman, America and Iran 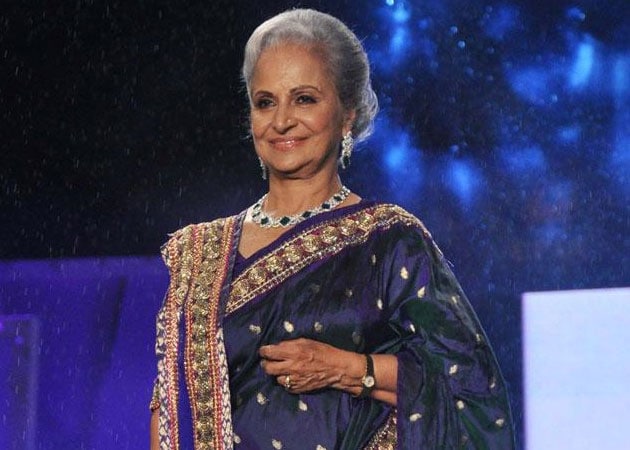 Waheedha Rehman will be felicitated with the Centenary Award for film personality of the year at IFFI.

It's lights, camera and action in sunny Goa where the 44th edition of the International Film Festival of India begins today.

It's lights, camera and action in sunny Goa where the 44th edition of the International Film Festival of India begins today.
This year, a special year in which Indian cinema celebrates 100 years, the opening ceremony features a special tribute to the Indian entertainment industry choreographed by Kathak great Pt Birju Maharaj.
To mark a century of Indian films, the Indian government has introduced a Centenary Award for Film Personality of the Year. The first recipient of the new award is Guide star Waheeda Rehman, who expressed her gratitude to the Government of India and the film industry.
Actress Sushasini Maniratnam, who is co-hosting the ceremony, said IFFI has always been a learning ground for her, as a student of cinema, and that this was where she learnt about cinematic trends across the world, discussed themes and understood the nuances of filmmaking.
In a filmy twist, given that this year's Oscar-winner Argo has left ripples of displeasure in Iran, America and Iran will share the stage at the opening ceremony courtesy the guests of honour American actress Susan Sarandon and Iranian filmmaker Majid Majidi, director of the acclaimed Children Of Heaven.
Majid Majidi will be filming his next, The Floating Gardens, in India.
The Government of India also hopes to implement the single window clearance soon so as to make shooting easy for Indian and International films in India.