On Sachin Tendulkar's Birthday, Big B Shares Pics of Their 'Finest Moments'

On Twitter, Bollywood's Shahenshah shared some very Kodak-worthy pics of himself with the 'God of cricket.' 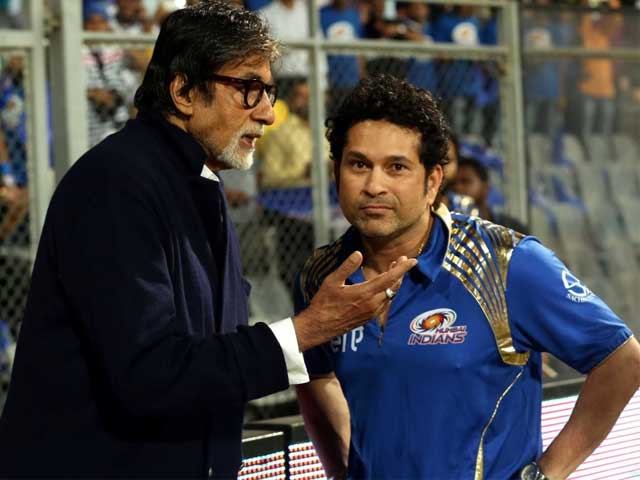 Among the first to wish master blaster Sachin Tendulkar on his 43rd birthday on April 24 was good friend and actor Amitabh Bachchan. Big B and Sachin have often been spotted interacting with each other at various A-list events.
On social media, Bollywood's Shahenshah shared some very Kodak-worthy pics of himself with the 'God of cricket.'

Big B also responded to posts shared by his fans of himself with the master blaster from various events.

@SrBachchan I think that is in the Dug Out ... @sachin_rt great times ... pic.twitter.com/XPxn4qsyyB

Sachin, meanwhile, began his day by playing cricket with children from a non-governmental organisation.

Sachin retired from all forms of cricket in November 2013 during the Test match against West Indies at the Wankhede. He is often spotted at Bollywood's A-list parties with his wife Anjali. A teaser of a film on him, Sachin: A Billion Dreams, was released earlier this month.