On Twitter, Amitabh Bachchan is All Praises For Dharavi Rock Band 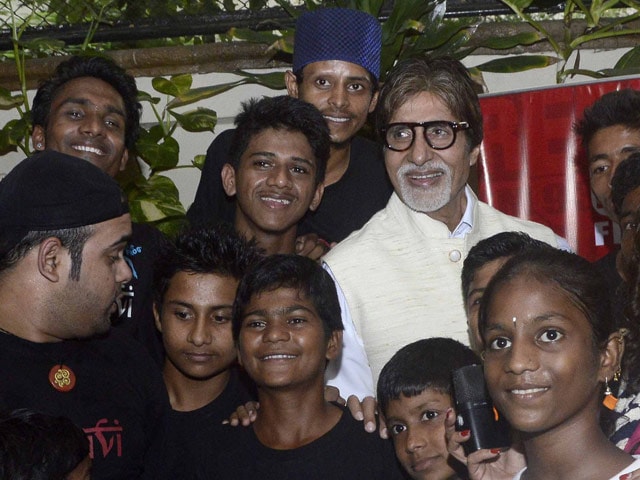 Amitabh Bachchan photographed with the slum kids of Dharavi.

Amitabh Bachchan is back on microblogging site Twitter after it was hacked on August 31. The 72-year-old actor tweeted about his "scintillating experience" of attending a musical performance by the slum kids of Dharavi. (Also Read: Oops. Amitabh Bachchan's Twitter Account Hacked)

T 1980 - Kids from band of Dharavi, arguably world's largest slum, were all 'rag pickers' .. music changed them all ! pic.twitter.com/0YFdyqnhTB

The Piku star filed a complaint with the police against the "dirty, abusive" SMSes that he has been receiving for the past one year. (Also Read: Amitabh Bachchan Goes to Cops Over 'Dirty Abusive SMS')
Mr Bachchan, who boasts more than 16 million fans on Twitter, requested the police to investigate the matter and take action against the perpetrators.
Big B uses multiple social media platforms - Twitter, Facebook and his blog - to interact with his fans and update them with his projects and personal life.