On Twitter, Anushka Sharma Thanks Virat Kohli For NH10 Compliment 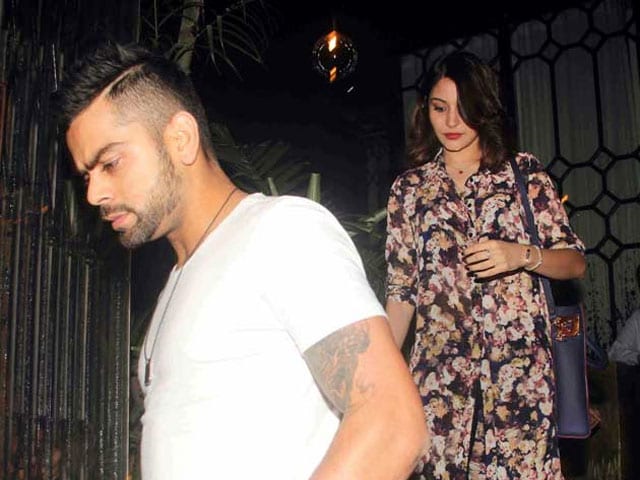 Anushka has produced the film NH10

Recently, Anushka told NDTV's Barkha Dutt that it was 'primitive' to hold her responsible for Virat's performance on the pitch

In an exchange on Twitter, actress Anushka Sharma has thanked her boyfriend, cricketer Virat Kohli, for praising her film NH10 and her performance in it.

Virat, who took a movie break from the World Cup being played in Australia, tweeted:

Just watched #NH10 and i am blown away. What a brilliant film and specially an outstanding performance by my love @AnushkaSharma. SO PROUD:)

@imVkohli Thank You . SO happy

Virat and Anushka have been dating for a while and, refreshingly, have not resorted to the 'just good friends' bromide that many celebrity couples use as shelter from publicity and gossip.

Last year, Virat told the press that he and Anushka were not 'hiding anything' and also said that it was a 'matter of common sense' that they were dating since they were spotted together frequently.

Anushka said they were 'two normal young people in a relationship.' Recently, she told NDTV's Barkha Dutt that it was 'primitive' to hold her responsible for Virat's performance on the pitch.

NH10, which Anushka also produces, stars the actress as one half of a married couple who take a road trip that goes violently wrong. The film, directed by Navdeep Singh, opened on March 13 to good reviews.