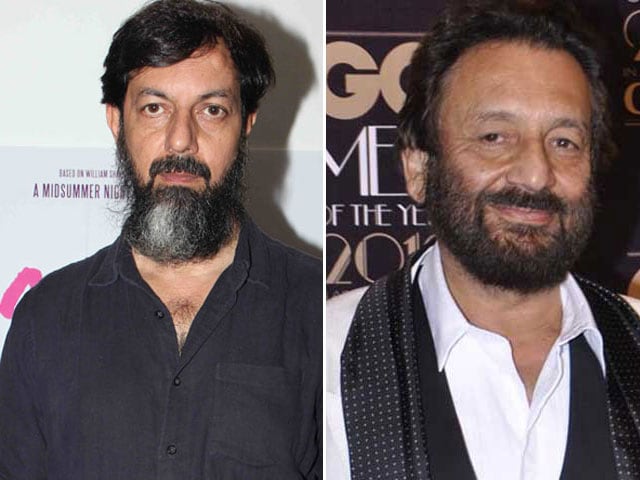 Rajat Kapoor and Shekhar Kapur have condemned the arrest of the students on Twitter.

Since the past 71 days, students of FTII have been protesting against the appointment of BJP member and TV actor Gajendra Chauhan as the chairman of FTII

Bollywood celebrities including Shekhar Kapur, Rajat Kapoor, Hansal Mehta and Resul Pookutty criticised the arrest of five students of Film and Television Institute of India (FTII) from its campus on charges of rioting.
On August 17, a group of students surrounded the institute director, Prashant Pathrabe, after which they were arrested. They protested against "irrational and unjustified" assessment of the incomplete diploma projects.
Acting on a complaint filed by Mr Pathrabe, the police lodged an FIR against 15 students. Out of them, five were arrested on charges of rioting under Section 353 of the IPC, police officials said.
This is what the celebrities wrote on Twitter:

There was a time #FTII was considered one of the best film schools in Asia and produced some brilliant talent. What happened?

Police arrive in the middle of the night at #FTII , arrest 40 students.So are they really anti nationals?!or are Police implementing orders

Its shocking that the government can not find the right person with the right vision for FTII- they'd rather let it develop into this mess!

Never seen a govt. fall so low, so quick. Family-packs of lies being sold as achievements, while freedom is crushed daily. #JaiHind#FTII

"Disobedience is the true foundation of liberty. The obedient must be slaves." ? Henry David Thoreau #FTII