With the news of her passing, many tributes flowed in from the entertainment world mourning the loss. Celebrities like Shabana Azmi, Karan Johar, Arjun Rampal, Farhan Akhtar, Anupam Kher among others today condoled the death 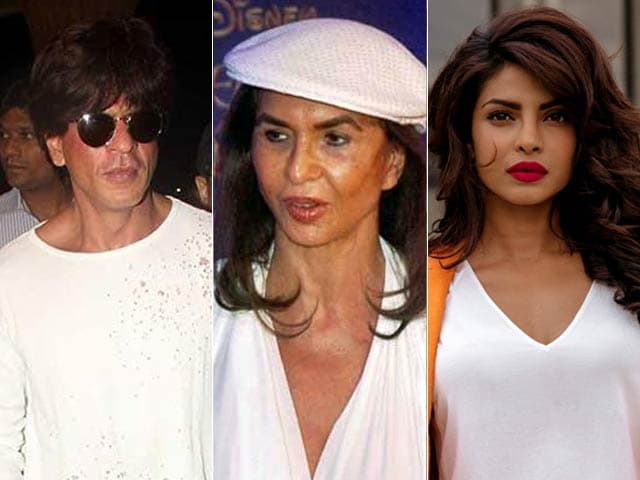 Parmeshwar Godrej, wife of industrialist Adi Godrej, died on Monday night suffering from a prolonged illness. She was known for her humanitarian work and many initiatives in philanthropy. Additionally, she was also revered as a 'style icon' by many.
With the news of her passing, many tributes flowed in from the entertainment world mourning the loss. Celebrities like Shah Rukh Khan, Priyanka Chopra, Preity Zinta, Shabana Azmi, Karan Johar, Arjun Rampal, Farhan Akhtar, Anupam Kher among others today condoled the death.
Superstar Shah Rukh Khan tweeted:


Not how she looked, not wot she said but just by being wot she was, my most beautiful friend Parmesh,I will miss ur kisses & ur light. RIP


A woman with solid strength integrity and grace..I cannot believe you are not with us any more Parmeshwar Godrej..Condolences to the family


Sad that the Inspiring, large hearted, & fashionable Parmeshwar Godrej is not with us anymore. May god give peace to her soul. #RIP#Missyou


Deeply saddened by the passing of Parmeshwar Godrej, dear friend from my early days in advertising. I share her family's grief.


Parmeshwar Godrej was more than the sum of her parts.She was warm generous n almost childlike under that starry sharp businesswoman exterior


She is LIFE..will never put a "was" with her name..her energy is infectious..her heart is solid and her aura is forever..I love you Parmesh.


Devastated to hear that Parmeshwar Godrej left us.Just can't believe it. This is very sad. Too soon for such a beautiful soul. Will miss you


When you wish that some days just didn't happen.. will miss you Parmeshwar. Deepest condolences to the Godrej & Bahl families.


#ParmeshwarGodrej was a larger than life lady. She gave style & glamour a new dimension. Her charity work was great. She'll be missed. RIP


Few friends would go to the ends of the earth for you in times of need #ParmeshwarGodrej was one of them. RIP. Cherished friendships


Deeply saddened & shocked to hear that Parmeshwar Godrej passed away. She was one of the most vivacious & energetic women I have known #RIP


Deeply saddened to hear about Parmeshwar Godrej #RIP
She was a committed crusader against HIV, a philanthropist with a golden heart!


Sad to know about the demise of Parmeshwar Godrej. One of the most gracious & down to earth person i knew. You will be missed.#RIP