"Revealed Imtiaz Ali story 'That u become such an unquestionable part of me, that I can't find the beginning of ur heart and the end of mine'," Shah Rukh Khan wrote on Twitter. 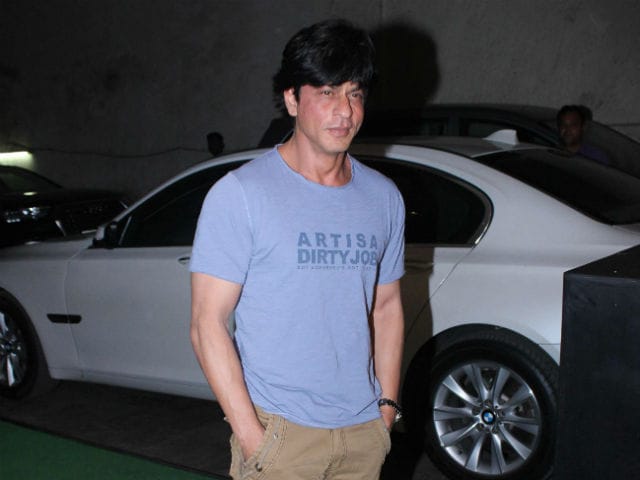 Shah Rukh Khan was photographed at an event in Mumbai

Ever since superstar Shah Rukh Khan announced that he will be working with filmmaker Imtiaz Ali in his next, fans have gone wild speculating about the heroine and story of the film. And it seems he loves to play to the gallery as the 50-year-old actor hinted at "revealing" Imtiaz Ali story on Twitter.


Revealed Imtiaz Ali story "That u become such an unquestionable part of me, that I can't find the beginning of ur heart and the end of mine"

.
Shah Rukh likes to talk in riddles and we love to decode them. Now whether the actor parted with the film's plot or the story of Imtiaz's life is anyone's guess. What do you think?
The film will be first collaboration of King of Romance and Imtiaz who is known to make love stories. Earlier this month the actor had said that they will come out with the film's details in two months.
Although there is no comfirmation from the makers, but rumour has it that Shah Rukh's Rab Ne Bana Di Jodi co-star Anushka Sharma has been roped in to play the female lead.
Shah Rukh was last seen in Maneesh Sharma's Fan. His next, Rahul Dholakia's Raees, will release in January, next year.