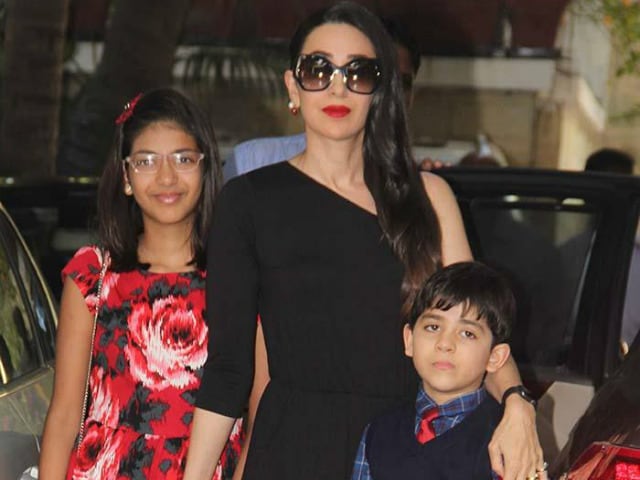 Karisma photographed with Samiera and Kiaan on Christmas.

Adding to their long drawn divorce, actress Karisma Kapoor's husband Sunjay Kapur has filed an application at the family court for the custody of their children. Sunjay's lawyer filed the application 15 days ago. Just last month, the estranged couple's petition of divorce on the grounds of mutual consent was disposed, after both of them withdrew their consent. (Also Read: Karisma Kapoor is Too Busy With Family to Plan a Comeback)
When mid-day contacted Mr Kapur's lawyer Jalaja Nambiar, she refused to comment on the matter. But another advocate representing Sunjay said, "It was 15 days ago that we had filed an application for the custody of the two children, daughter Samiera and son Kiaan Raj who are currently staying with Karisma."
The advocate further added, Sunjay had filed the same application in the past, but later withdrew it as both the parties filed for divorce on mutual consent, which included the terms and conditions regarding the custody of the children.
But the same divorce petition on the grounds of mutual consent was disposed of last month after Karisma and Sunjay withdrew their consent to the petition.
Karisma's lawyer says
When mid-day contacted Karisma's lawyer Kranti Sathe, she said that she had not received any official documents regarding any application from the family court. The couple got married in 2003.