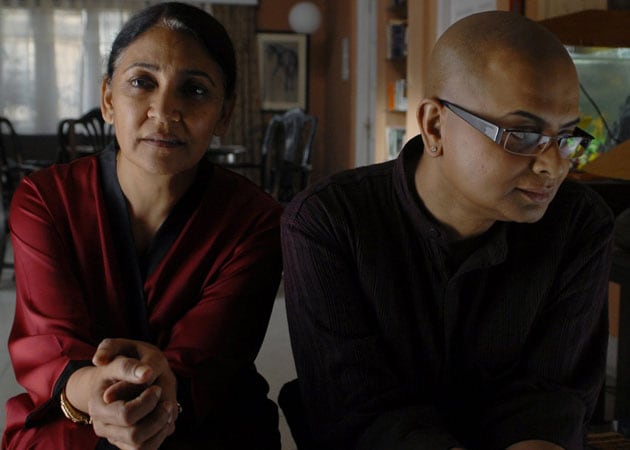 Gay filmmaker Onir says that eminent filmmaker Rituparno Ghosh's demise will be a big loss for Lesbian, Gay, Bisexual, and Transgender (LGBT) community.
Ghosh died Thursday following a cardiac arrest, said industry sources. He was 49.
The acclaimed Bengali filmmaker, who has movies like Chokher Bali, Antarmahal and Dosar to his credit, was also known for his cross-dressing style and fascination for make-up.
"Very, very sad that the man whose every frame spoke of cinematic beauty and gave a new identity to New Wave Bengali Cinema is no more," tweeted 44-year-old Onir whose debut film My Brother...Nikhil dealt with AIDS and gay-related issues.
"His passing away will be a big loss not only to lovers of cinema and art, but a huge loss to the LGBT community," he tweeted.
In fact, in director Sanjoy Nag's Memories In March, Ghosh stepped in front of the camera to play a gay who loses his partner.
Onir also remembers Ghosh as a friend with huge knowledge not only of cinema but literature.
"Last met him at the day of the National Awards. he was radiant and happy like a child. When one stepped into his house...every corner spoke of an artist. Admired his knowledge of literature and cinema" he tweeted.
Onir says that Ghosh also wanted him to do a film with Madhuri Dixit and Nana Patekar.
"The last time we met we spoke of doing a project together. He wanted me to direct a story idea by him with him, Madhuri and Nana Patekar," he tweeted.