Oscars 2015: India Hits Dry Spell, But Had Its Triumph Moments 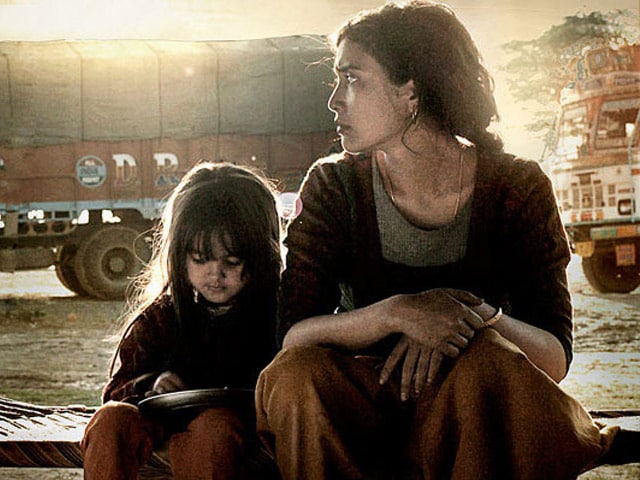 A poster of the film Liar's Dice.

India's no show at the 87th Academy Awards may have left cinema-lovers sulking, but a cursory glance at the timeline of filmdom's most prestigious award highlights spread of Indian flavours at the ceremony. From Bhanu Athaiya, Resul Pookutty to AR Rahman, several stalwarts have clinched the coveted golden statuettes in the past.
Oscars 2015 have come with a disappointment for Indian fans as none of India's probable contenders could make it to the final shortlist.
Four of AR Rahman's compositions - three from Million Dollar Armand one from The Hundred-Foot Journey, stood a chance to be nominated for an Oscar in the Original Song category. Sonu Nigam and Bickram Ghosh were also part of the Original Score category's longlist, for their compositions in Jal, which also missed a possible nomination in the Best Picture category.
India had already lost hope of a nomination in the Foreign Language Film category as its official entry Liar's Dice had failed to make a cut even to the longlist of nine out of the 83 films that had qualified for the category. (Also Read: 10 Things to Know About This Year's Nominees)
In spite of India's no show at the final nomination list this year, PVR Cinemas treated Hollywood aficionados by hosting a week long PVR Oscar Film Festival on February 6 in 23 Indian cities including Delhi, Mumbai and Kolkata.
India's tryst with Oscars began in 1958 with Mehboob Khan's Mother India in which late actress Nargis depicted the pain and agony of a mother with conviction. It was the first Indian movie to get nominated in the Best Foreign Language category. (Also Read: 10 Things to Expect From the Show)
After a long dry spell, costume designer Bhanu Athaiya walked away with an Oscar in the Best Costume Design category at the 55th Annual Academy Awards for Richard Attenborough's film Gandhi in 1983.
Late legendary Indian filmmaker Satyajit Ray, who gave iconic films like Pather Panchali and Aparajito, was also ennobled with honorary Oscar for his contribution to cinema in 1992. (Also Read: Maps of This Year's Best Picture Nominees)
Late iconic actress Audrey Hepburn had presented the award to him and said, "The award recognises Mr Ray's rare mastery of the art of motion pictures and of his profound humanism which has had an indelible influence on filmmakers and audiences throughout the world."
In a video message from Kolkata, Mr Ray thanked and appreciated the American cinema.
British filmmaker Danny Boyle's film Slumdog Millionaire, tracing the rags to riches story of a slum boy, sweeped eight Oscars at the 81st Academy Awards including Best Adapted Screenplay, Cinematography, Sound Mixing, Film Editing, Original Score, Original Song, Direction and Motion Picture. Indian music maestro AR Rahman brought home two awards for Jai Ho composition in the same year.
Veteran writer-lyricist-filmmaker Gulzar and sound engineer Resul Pookutty were also winners for the movie and made India proud in 2009.
Another movie Smile Pinki with an Indian theme grabbed the award under Best Documentary Short Subject category that year. American filmmaker Megan Mylan's short documentary narrates a tale of a poor village girl called Pinki whose cleft lip made her a social outcast, till her life changed after a meeting with a social worker.
In 2013, Ang Lee's Life of Pi, a fantasy adventure drama widely shot in India, bagged the 85th Academy Award for Best Cinematography, Best Visual Effects, Best Direction and Best Original Score.
The film narrated journey of an Indian boy who survives a storm with stars like Irrfan Khan, Tabu and Suraj Sharma coming together to bring story of the family alive on the silver screen.
While receiving the award, Mr Lee thanked his Indian crew and wowed everyone by saying Namaste.
Another India link at the 85th Academy Award was Lincoln, a historical drama about the last few months of 16th US President Abraham Lincoln, which was co-produced by Indian business tycoon Anil Ambani's Reliance Entertainment and DreamWorks.
Other Indian films like Water and Lagaan were also nominated for Oscars, but failed to take trophy home.
Bollywood's glitz and glamour was also not left behind the red carpet of the prestigious award ceremony with stars like Aishwarya Rai, Anil Kapoor, Aamir Khan, and John Abraham oozing out style and sophistication at the red carpet.
Well, Bollywood's masala entertainers like Happy New Year and R... Rajkumar have also found a place in the Oscar's library. (Also Read: https://movies.ndtv.com/hollywood/oscars-2015-maps-of-this-years-best-picture-nominees-740321)
Back to Oscar 2015, the ceremony will be held in n Hollywood's Dolby Theatre on February 22. Indian viewers can wathc Oscars live on Star Movies at 5.30 am on February 23.