Padmavati Controversy: Javed Akhtar tweeted that Alauddin Khilji was not a Mughal ruler and that, like another popular romance of legend, the Padmini-Alauddin episode should be treated as fiction rather than fact 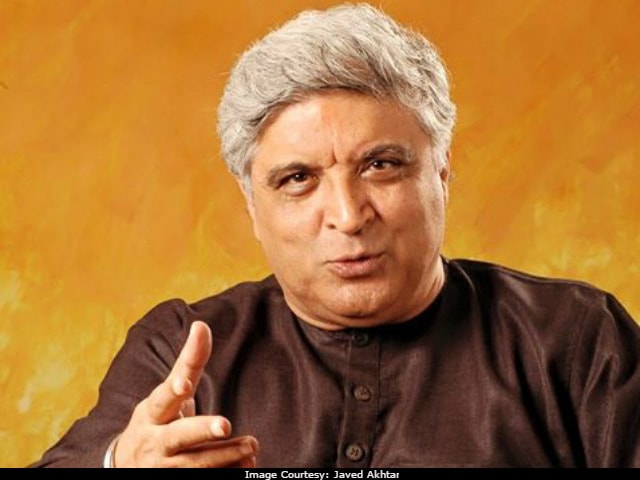 Days after director Sanjay Leela Bhansali was assaulted on the sets of his film Padmavati, lyricist Javed Akhtar is being trolled on Twitter for posting a reality check about the history of the Khilji dynasty and Rani Padmini, who is the focal point of the controversy over Mr Bhansali's film. Padmavati, based on the legend of Rani Padmini, her husband Ratan Singh and emperor Alauddin Khilji, has drawn protests from a Rajput group called the Karni Sena, members of which vandalized the film set in Jaipur last week and assaulted Mr Bhansali. Several of the filmmaker's colleagues reacted in outrage and anger, demanding that action be taken. In response to the Karni Sena's allegation that Padmavati's script misrepresents historical facts and to criticism from others, Javed Akhtar posted two tweets on Monday.
Before we get to the tweets, a bit of history, via Google. Considered one of the most able and powerful rulers in Indian history, Alauddin was the second Khilji Sultan and reigned from 1296 to 1316, in which year he died - possibly from foul means. He invaded large parts of North India, including Chittor in Mewar, ruled by Ratan Singh. His 1303 sacking of Chittor was the subject of the epic poem Padmavat, written in the 16th century by Malik Muhammad Jayasi. Padmavat, composed some 200 years after the fact, is believed by historians to be a fictionalised and/or allegorical version of events. It relates that Alauddin Khilji was captivated by stories of Padmini's beauty, which spurred the attack on Chittor. Much of this legend is disputed by modern historians, including whether or not Padmini was even Rajput (some suggest she was Sri Lankan) and what Alauddin Khilji's motivations were.
On Monday evening, Javed Akhtar tweeted that Alauddin Khilji was not a Mughal ruler and that, like another popular romance of legend, the Padmini-Alauddin episode should be treated as fiction rather than fact.


Ignorance thy name is right wingers !! Khiljis were not Mughal. Actually they existed around two hundred years before Mughal dynasty .

Padmawat is the first Hindi novel written by Malik Mohammad Jaisi during Akbar's era .It is not history but pure fiction like Salim Anarkali

In the comments thread to the second tweet, Mr Akhtar acknowledged a correction that Padmavat was written before Akbar's reign as Jayasi is believed to have died before the Mughal emperor took the throne. While several responses to Javed Akhtar's tweets either agreed or argued over history, the trolls resorted to name-calling, describing him as 'ignorant,' 'anti-Hindu,' 'fanatic Islamist' and worse. "Don't try to glorify perpetrators," said one tweet.
Sanjay Leela Bhansali's Padmavati stars Deepika Padukone as Padmini, Ranveer Singh as Alauddin Khilji and Shahid Kapoor as Ratan Singh. This week, the Karni Sena claimed to have received written assurance from the director that the film would not show a supposed dream sequence or imply a romantic connection between Padmini and Alauddin. Mr Bhansali has denied that these scenes were ever planned and has alleged that the Karni Sena have now demanded the name of the film be changed and they be allowed to review it before screening.
Apart from Javed Akhtar, the attack on Mr Bhansali has been condemned by stars like Rishi Kapoor and Priyanka Chopra, who was directed by the filmmaker in Bajirao Mastani. Deepika Padukone defended her film on Twitter and director Anurag Kashyap, who posted a series of outraged tweets earlier, wrote a strong Facebook note telling trolls that he was not "afraid of mobs."