On Padmavati controversy, Ranveer Singh said, "We are very happy with the way the film is progressing. I don't want to focus on negative events" 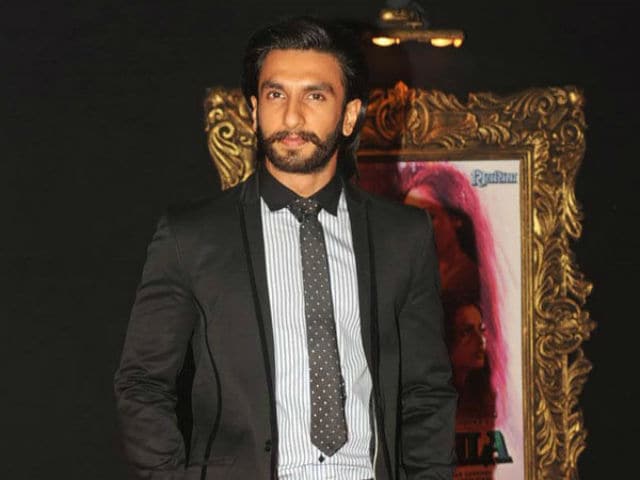 Actor Ranveer Singh, who is currently prepping for Sanjay Leela Bhansali's period drama Padmavati, said that the past incidents haven't destroyed the team's spirit and he's happy with how the film is progressing. The sets of Padmavati have been attacked twice. Last month in Kolhapur, the set was attacked and set on fire by an unidentified group. Props and costumes had been damaged. In January, Sanjay Leela Bhansali was assaulted by a Rajput group called Karni Sena while filming Padmavati at Nahargarh Fort in Jaipur. Speaking to NDTV, Ranveer said, "I have expressed my views on Twitter, but I don't want to focus on negatives. The incident sporadically had things that went for a toss but we are very strong and happy the way the film is progressing. We have left the negative events of that incident behind."
Ranveer, who plays Alauddin Khilji in Padmavati, co-stars Deepika Padukone and Shahid Kapoor in the film.
This is Sanjay Leela Bhansali's third film with Ranveer and Deepika. He earlier collaborated with the actors for Goliyon Ki Rasleela Ram-Leela and Bajirao Mastani.
Ranveer was last seen in Befikre opposite Vaani Kapoor.
Apart from Padmavti, Ranveer Singh will be seen in Zoya Akhtar's Gully Boy opposite Alia Bhatt. For his role in the film, the Dil Dhadakne Do actor has been practicing rap. "I have a new look in the film. Gully Boy is all about leading talents and incredible filmmaker. It is about the underground world of music, genre and very new fresh character by Zoya," Ranbir said.