Padmavati: The period drama already features Deepika Padukone, Ranveer Singh and Shahid Kapoor - now, grapevine has it that Sanjay Dutt will have a special appearance in the film 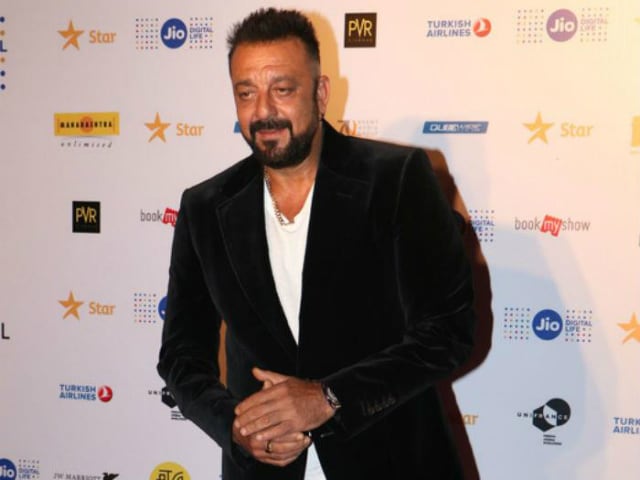 Looks like, there's more to Sanjay Leela Bhansali's Padmavati than meets the eye. The ensemble cast of Bhansali's upcoming ambitious project could be more stellar than expected. The period drama already features Deepika Padukone, Ranveer Singh and Shahid Kapoor. Now, grapevine has it that Sanjay Dutt will have a special appearance in the film. Reports of the Munna Bhai actor being part of Padmavati started appearing following his visit to the sets of the film. On December 20, Sanjay Dutt and Sanjay Leela Bhansali had a confidential meeting on Padmavati sets, Mumbai Mirror quoted a source as saying. The source also revealed that Sanjay Dutt's arrival at the shooting location took everyone by surprise, reported Mumbai Mirror.
For those who need reminder, the Bajirao Mastani director has been enthusiastic about the remake of 1993 thriller Khalnayak, originally starring Sanjay Dutt in the role of gangster Ballu Balram. So, when Sanjay and Sanjay met in December, manty were of the opinion that the meeting was scheduled for the Khalnayak remake. However, the source quoted by Mumbai Mirror said: "We've been told that the two were actually discussing Padmavati at length."
Mumbai Mirror also reported that the the 57-year-old actor and the Bajirao Mastani director wrapped only after midnight. "We did not know Sanju baba was going to turn up on the Padmavati set that day. Watching the two talk for such a long time without anyone else's presence made everyone wonder if Bhansali sir was going to re-start his Khalnayak remake. Everybody knows that SLB wanted Sanju to reprise his role of Ballu Balram from the original Subhash Ghai film. But we've been told that the two were actually discussing Padmavati at length," the source revealed to Mumbai Mirror.
Padmavati features Deepika Padukone as protagonist Rani Padmavati while Shahid Kapoor and Ranveer Singh and play Padmavati's husband Raja Ratan Singh and Alauddin Khilji respectively. In November last year, Padmavati actors had another star visitor on sets - Shah Rukh Khan visited Deepika at Mehboob studio, where both SRK and Deepika were shooting on separate sets. Shah Rukh and Deepika are co-stars of Om Shanti Om and Chennai Express.
Sanjay Dutt walked out as a free man from Pune's Yerwada Jail after completing his sentence (interjected with many parole terms) in connection with the 1993 Mumbai blasts on February 25, 2016. Sanjay Dutt was last seen in Aamir Khan's PK, which hit screens when he was inside. Sanjay Dutt will soon make a comeback with Sarbjit director Omung Kumar's Bhoomi.