Padmavati Set Attacked: No injuries have been reported and Mr Bhansali is safe. Kolhapur police say that between 10 and 20 people vandalized the set last night and set fire to the props 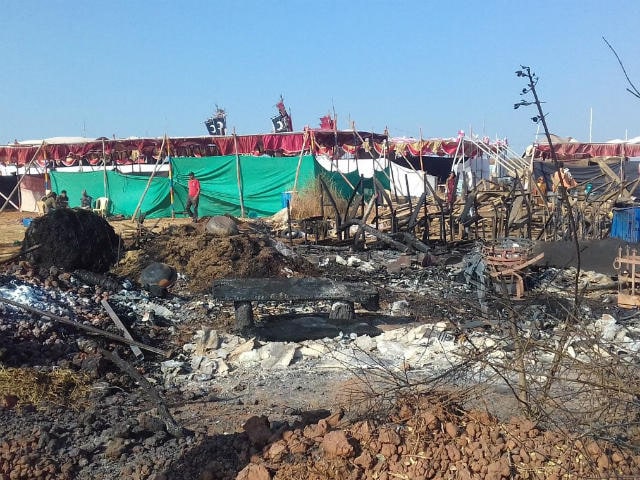 The set of filmmaker Sanjay Leela Bhansali's film Padmavati in Kolhapur, Maharashtra, was attacked and set on fire at about 1 am today by an unidentified group who oppose the film. Props and costumes have been damaged and the fire was reportedly doused early this morning. No injuries have been reported and Mr Bhansali is safe. Kolhapur police say that between 10 and 20 people vandalized the set last night and set fire to the props. Cans and cars parked at the location were pelted with stones. No case has been registered yet. "The set is spread across nearly 50,000 square feet and a group of unidentified persons set it on fire around 1 am," the official told IANS.
The CEO of Mr Bhansali's production house is on the way to the location - about 15 kms away from the town of Panhala in Kolhapur district - to assess the damage. 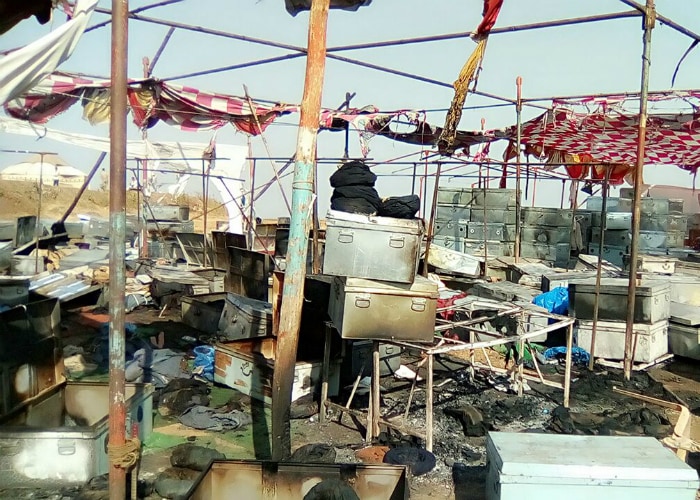 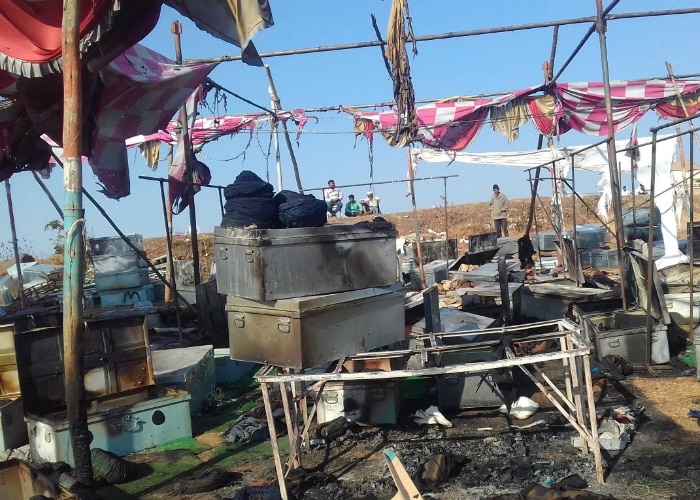 Padmavati has been filming around Kolhapur since March 6 and the shoot was to end on March 20. Maharashtra's Minister of State for Home Deepak Kesarkar said that the film crew had been asked to file a complaint. "We have decided to give them security at night also," Mr Kesarkar said, explaining that the crew had not asked for security.
Vinod Tawde, Maharashtra's Minister of Culture, said on behalf of the state government that matter should have been resolved through dialogue rather than attacking the set of the film.
This is the second time the sets of the film have been attacked. In January, Mr Bhansali was assaulted while filming at Nahargarh Fort in Jaipur by a Rajput group called Karni Sena. Karni Sena is not believed to be responsible for the attack in Kolhapur.
Filming was later moved out of Rajasthan to Maharashtra. The making of Padmavati, based on the legend of Rani Padmini and Emperor Alauddin Khilji, has provoked protests from groups who object to what they say is a misrepresentation of Rani Padmini, who is believed to have committed jauhar to escape Khilji when he invaded her kingdom of Chittor. Opposition to the film is based on rumours that it implies a romantic connection between Padmini and Khilji, in a dream and song sequence.
After the Jaipur set was vandalized, Karni Sena claimed they had received written assurance from Sanjay Leela Bhansali that the scenes would be dropped - Mr Bhansali says no such scenes were ever in the film at all.
Last week, the Chittorgarh Fort was vandalized and mirrors in at the Padmini Palace were broken.
Padmavatistars Deepika Padukone as Rani Padmini and Ranveer Singh as Alauddin Khilji. Shahid Kapoor plays Padmini's husband Ratan Singh.