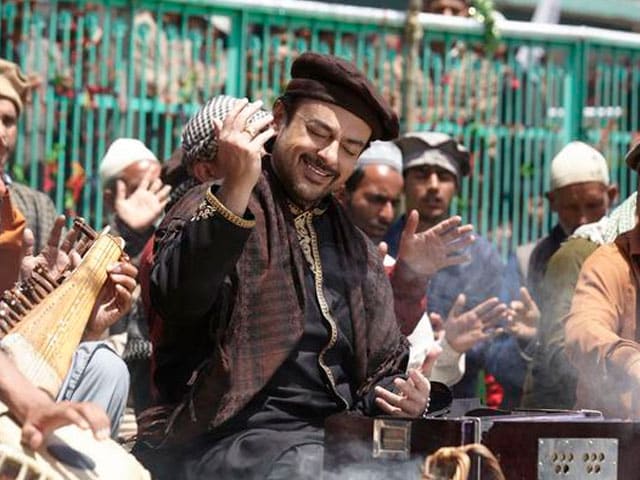 A still from the song Bhar Do Jholi Meri.

Pakistani qawwal Amjad Sabri has decided to approach an Indian court over the inclusion of his father's qawwali in Salman Khan'Bajrangi Bhaijaan without his permission, reports Geo TV.
Mr Sabri said his father, late Ghulam Farid Sabri's famous qawwali Bhar Do Jholi was incorporated in Bajrangi Bhaijaan without his consent.
The musician said he has submitted an application seeking an Indian visa and would soon visit the country to initiate legal action.
Mr Sabri also served a legal notice to production houses Salman Khan Films and Rockline Venkatesh that produced the movie.
The movie which released on July 17 has collected more than Rs 150 crores in five days, and continues to run successfully.