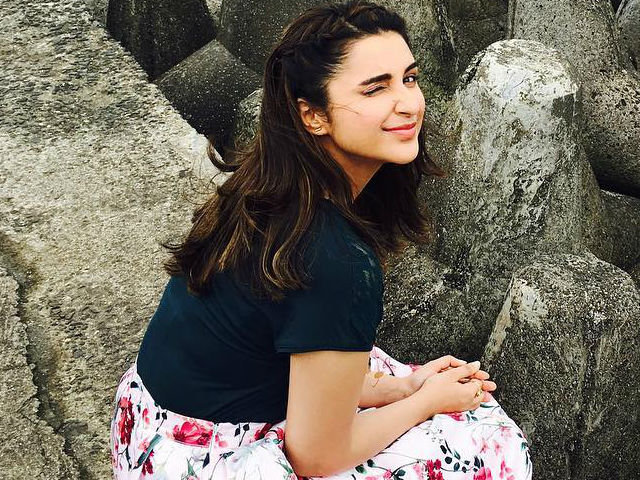 
How adorableee is @AnushkaSharma in the breakup song!Watching it on loop cant stop staring at her!Full creepy girl crush #AeDilHaiMushkil

Parineeti debuted in Bollywood with Ladies vs Ricky Bahl, which also Featured Anushka.
The Breakup Song, Ae Dil Hai Mushkil latest offering, is picturized in a discotheque where Ayan (played by Ranbir Kapoor) and Alizeh (Anushka) are celebrating their breakup and there are no tears in this parting of ways. Their previous song, Channa Mereya had different emotions.
In this song, composed by Pritam and sung aby Arijit Singh and Badshah, Ayan and Alizeh are in full fun mood and seem all set to move on.
Ae Dil Hai Mushkil also stars Aishwarya Rai Bachchan and Fawad Khan. Lisa Haydon has a cameo in the film and also has a blink-and-miss appearance in The Breakup Song.