Parineeti Chopra: Daawat-e-Ishq is Tailor-Made For me 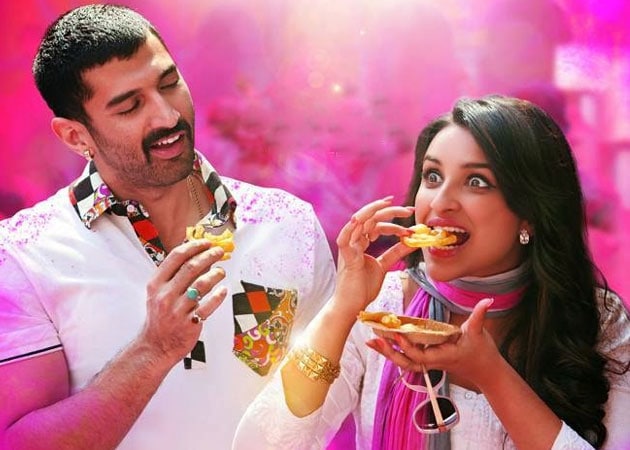 Parineeti, a self-confessed foodie, says she is glad to be part of the food movie.

"It is perfect for me as if it has been made especially for me," Parineeti said.

Be it playing a feisty gun-toting girl in Ishaqzaade or a spectacled nerd in Hasee Toh Phasee, Parineeti Chopra has always kept the audience guessing with her roles and the actress says she is glad her experiments have been successful.

Right from her first Bollywood film Ladies vs Ricky Bahl, the 25-year-old actress has managed to play quirky, memorable characters and she says she takes on innovative roles so that the audience is never bored of her.

"I think it is important for the audience to not get bored. I believe they should be surprised every time walking into my films and not get what they expect. I think whatever roles I have done till date in my four films, I have experimented, tried to add a shock value and given them new things," Parineeti told PTI. (Also Read: Will Wear a Bikini at the Right Time, Says Parineeti Chopra)

In her fifth release Daawat-e-Ishq, the actress will don a Hyderabadi look with her character Gulrez, a shoe-sales girl in love with food. The Habib Faisal-directed film is a love story between Gulrez and Tariq, a Lucknawi cook, played by Aditya Roy Kapur.

Parineeti, a self-confessed foodie, says she is glad to be part of the food movie as she feels the Yash Raj film is tailor-made for her.

"It is perfect for me as if it has been made especially for me. The film has all elements that I love - it is a love story, about food, great director and great role. I could not have asked for a better film than this," the actress said, adding she took lessons in Dakhini dialect for her role in the film. (Also Read - Debut Deception: You Might or Might Not Know the Real First Films of These Stars)

Parineeti is all praise for her co-star Aditya, whom she has become best friends with during the course of filming Daawat-e-Ishq, which will hit theatres on September 19. "We had a lot of fun. I didn't have to worry about impressing him, he was very easy going. We bonded a lot on the sets. He has become a very good friend and I hope that we do many more films together," she said.

Daawat-e-Ishq is the second collaboration between Parineeti and Habib after Ishaqzaade. The actress says she took her time to give a nod to the project and did not come on board just because of her previous association with Habib.

"It was not an instant yes. Habib sir told me to go home, read the script and then decide on whether I would do the film or not. I did as he asked and found it interesting and it was then that I said yes," she said.

Daawat-e-Ishq is Parineeti's second release of the year after Hasee Toh Phasee. The actress's other film Kill Dil will also hit theatres this November and she says she is glad to have three releases as she worked very hard last year.

"I am happy to have three releases this year. Last year I had just one (Shuddh Desi Romance) film. I was working very hard on these three films. It is good to see the results out. I am keeping my fingers crossed," she said.