Parineeti Chopra In Egypt: See Pics Of What She Calls 'Work.' Be Jealous

Parineeti Chopra is currently in Egypt for a shoot. The actress posted pictures of herself enjoying the beautiful country on Instagram recently 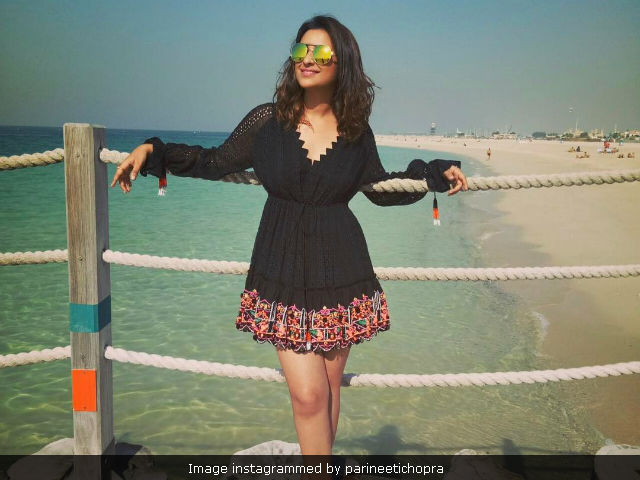 A day at the office doesn't mean the same thing for all of us. Just take a look at actress Parineeti Chopra's latest pictures on Instagram, all of which will make you very jealous. The 28-year-old actress, who is currently in Egypt for a shoot, recently posted a picture of herself on a cruise boat, captioned: "Cruising the Nile! Home on the water for the next 2 days, obsessed already. #DilDhadakneDoVibes." Dressed in a loose sweater paired with black leggings, the actress made a lovely picture against the deep blue of the Nile. The Shuddh Desi Romance actress also posted pictures of herself at the Abu Simbel temples, where she got a chance to witness the Sun Festival which happens twice a year. Parineeti seems to be having a wonderful time despite the 'freezing' cold of the country. She will next be seen in Akshay Roy's Meri Pyaari Bindu opposite Ayushmann Khurrana. The film is scheduled to release on May 12.
Have a look at Parineeti's pictures here:


Waiting for nails to dry and also warming myself because its TOOOO COLDDD!!!! #ShootLife #ActressProblems .

Cruising the Nile! Home on the water for the next 2 days, obsessed already . #DilDhadakneDoVibes

Its freezingggg but what a beautiful country!!! Dying to go to the pyramids next!! #ShootLife #Egypt


Sooo happy to be shooting in this beautiful country!! Woke up for the Sun Festival this morning which happens only twice a year!! #Blessed #ShootLife

Parineeti Chopra recently appeared on Karan Johar's chat show Koffee With Karan along with her Daawat-e-Ishq co-star Aditya Roy Kapur.
The Hasee Toh Phasee actress was also part of the Dream Team concert that toured various cities in the United States last year. Apart from her, Alia Bhatt, Karan Johar, Sidharth Malhotra, Varun Dhawan, Sidharth Roy Kapur and Katrina Kaif were also part of the team.
She is also committed to working with Rohit Shetty for his upcoming film Golmaal 4. The film is the fourth installment of the successful Golmaal series. The first film, Golmaal: Fun Unlimited, was released in 2006. The actress had confirmed the news on Twitter. She will be seen in this multi-starrer movie along with Ajay Devgn, Arshad Warsi, Kunal Khemu, Tusshar Kapoor and Shreyas Talpade who will reprise their roles from the previous films.
Parineeti Chopra was last seen in a song sequence in 2016 movie Dishoom, which starred John Abraham, Jacqueline Fernandez, Varun Dhawan, Saqib Saleem and Akshaye Khanna.