Parineeti Chopra is Fake, Says Twitter After She Fat-Shames a Friend

It began with this video of the 27-year-old actress and her colleague Alia Bhatt wishing a friend on his birthday. Parineeti and Alia, currently touring America with the Dream team concert, posted this video message in which Parineeti's rather uncharitable advice to the birthday boy - "eat less and become thin" - takes even Alia by surprise 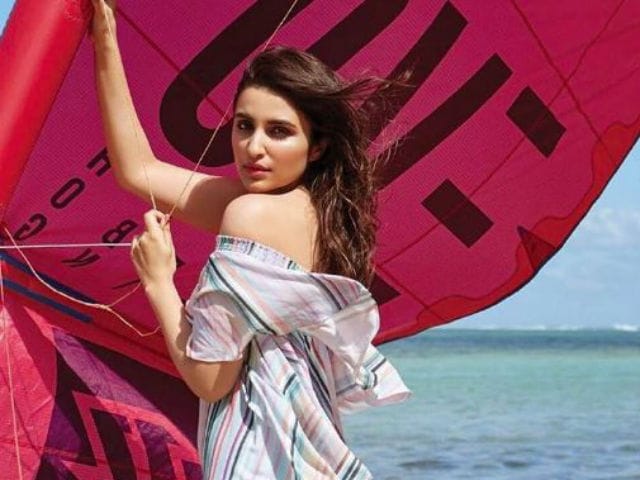 Parineeti Chopra knows better than most what it's like to be body-shamed publicly, first for apparently not being thin enough and then for apparently being too thin. So Twitter is now enraged by what is being perceived as body-shaming on her part - Parineeti, of all people, should be more sensitive, Twitter thinks.
It began with this video of the 27-year-old actress and her colleague Alia Bhatt wishing a friend on his birthday. Parineeti and Alia, currently touring America with the Dream team concert, posted this video message in which Parineeti's rather uncharitable advice to the birthday boy - "eat less and become thin" - takes even Alia by surprise.

"Now she's slim, she can say what she wants," said one comment sarcastically.
"I can understand your relief at having lost weight but please be a little responsible about what you say," said another.
Others were even less forgiving.


After Parineeti herself was fat shamed you'd think she'd be a little more sensitive to a poor BIRTHDAY GIRL wtf man https://t.co/DEEdEsTL44

eat less...become thin
my esteem for Parineeti Chopra is ZERO!
nice Birthday wish for a friend....NOT -_-

Parineeti has become so obnoxious, it's obvious she's obsessed with body image. Cancelled.

Last year, Parineeti Chopra took nine months off to work on her fitness and debuted her hard-won new physique in a series of photos posted on social media. "I am a fat-to-fit story," she said recently, ""I have struggled with my weight. I was big and unhealthy, not chubby. I took it upon myself to work towards this. There was pressure of Bollywood to bring me on right part."
Once criticized for not fitting into Bollywood's definition of slim, the actress was also slammed for giving into the preference for skinny after her weight loss. Some months ago, she posted a lengthy Instagram note detailing why and how she reinvented the way she looked.


BEFORE .. All my life, I have struggled with how I look, how I feel, and how people looked at me. I was constantly made fun of, but the person I was, I generously laughed with them. Today, many people ask me what triggered the weight loss, did I give in to the "bollywood pressure"? To that I say - thank god I became an actor and had that pressure! I am able to achieve what I couldn't achieve otherwise. I feel more confident, I feel at peace, and I feel proud! Girls and women meet me all around the world, at airports, events, on the street; they hold my hand, hug me, and tell me their struggles and how I changed their lives. They show me their wallpapers, their wallets, and its all pictures of me!! They look at those pictures and want to make that change in their own lives. They look at my Built That Way campaign and have stuck it to their walls. I have seen women tear up and tell me I changed their life. Post delivery weight, teenage obesity, they are fighting it, and I am their inspiration. As an actor, There is no bigger achievement for me. I am glad to be a part of your life in this way. So thank you everyone. Thank You for making me feel loved. Like I always say - if I could do it. So can you. And I am always there for all of you .... Lots of love....

Given all this, Twitter says, Parineeti Chopra should know better.
Last seen in a song and dance number in Dishoom, Parineeti is currently filming Meri Pyaari Bindu, releasing next year.