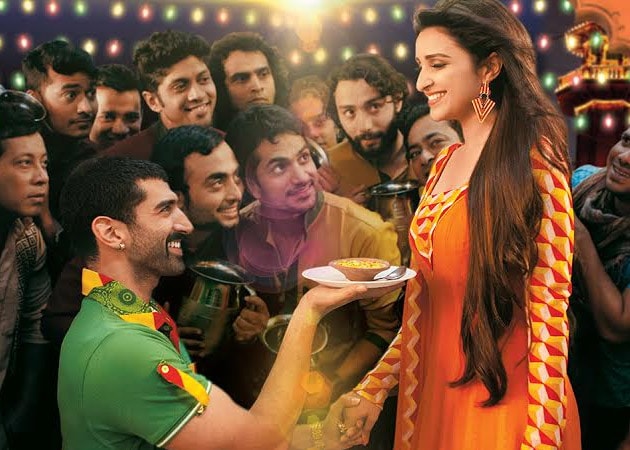 Parineeti Chopra and Aditya Roy Kapur in a still from the film Daawat-e-Ishq.

Bollywood actress Parineeti Chopra is one of the best among the young talent, but her last film Daawat-e-Ishq couldn't stand the test of time. In hindsight she feels it may have worked with a different cast.

When asked what she thinks went wrong with Daawat-e-Ishq, Parineeti said, "Even I analysed why it didn't work. According to me, what I think is since Aditya and I are very young, probably the audience wanted a much younger film with the two of us together."

"Daawat-e-Ishq would have worked if the casting would have been different. Because Aditya and I were together, people were expecting a much younger and energetic film.

"We didn't match the film, but yes, it was a learning experience for me. Such films teach you a lot," she added.

The film was directed by Habib Faizal, known for dramas from two different genres - Ishaqzaade (which also featured Parineeti) and Do Dooni Chaar. But he couldn't get lucky a third time.

Post the Daawat-e-Ishq fiasco, Parineeti is looking forward to Kill Dil and says she does not have any limitations as an actress. "I have no limitations because I think more than a heroine it's the actress in me that doesn't really stop me," she said.

Talking about lip-lock on the big screen, she said, "I think doing a kissing scene on the screen is very mechanical. It looks nice to watch it with the background music and all, but when you do it on the set, it's different. One person is shouting on the mike saying look left look right. Here you have to face cameras and do it, it's very mechanical to do."