"When Priyanka Chopra came back from the US at the age of 16 she was totally American as she had an accent," said Parineeti 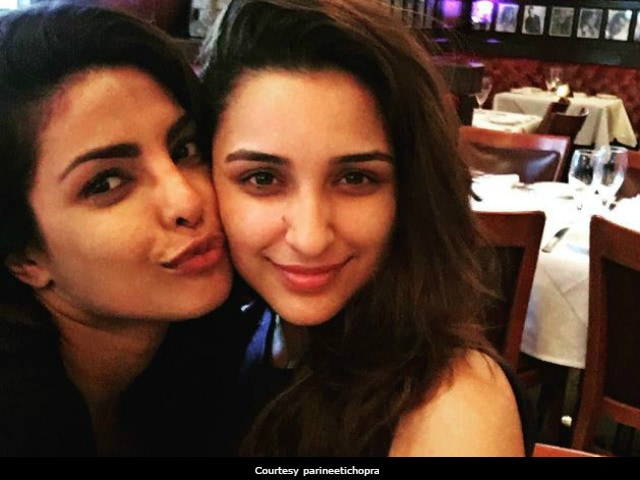 Actress Parineeti Chopra made her singing debut in her upcoming film Meri Pyaari Bindu and has been widely appreciated by her fans and celebrity colleagues. In a recent interview with news agency PTI, Parineeti said that her cousin, actress Priyanka Chopra, however, was the first person to congratulate her. Parineeti also travelled down the memory lane and shared stories from her time spent with Priyanka. The Hasee Toh Phasee actress told PTI: "We did not play Antakshari as she went to the US for studies. When she came back from the US at the age of 16 she was totally American as she had an accent and she used to teach us English songs. She was cool and amazing. She was the first person to message me after the song."
Priyanka has spent a considerable number of years in the US before she kick-started her career in modelling switched to Bollywood. Currently, Priyanka has wrapped shooting for the second season of her American TV show Quantico and is expected to be back home for a break. Priyanka, however, will reportedly return to the US in May for promotional duties of her Hollywood debut Baywatch.
Parineeti, who features as an aspiring rockstar in Meri Pyaari Bindu, said that her father Pawan Chopra is her "inspiration" for singing. "My dad is my idol and inspiration when it comes to singing. He still sits with a harmonium and does riyaz," PTI quoted Parineeti as saying.
"My intense passion is to be the best actor I can be. I want to sing as much as I can as that's my first love, I want to dance my best and want to do best and do biggest variety of films and that's my only endeavour," Parineeti told PTI.
Meri Pyaari Bindu also stars Ayushmann Khurrana and releases on May 12. Meanwhile, Priyanka Chopra's Baywatch hits screens in May as well.
(With PTI inputs)