Parineeti Chopra's Meri Pyaari Bindu Is 'Special' For Her 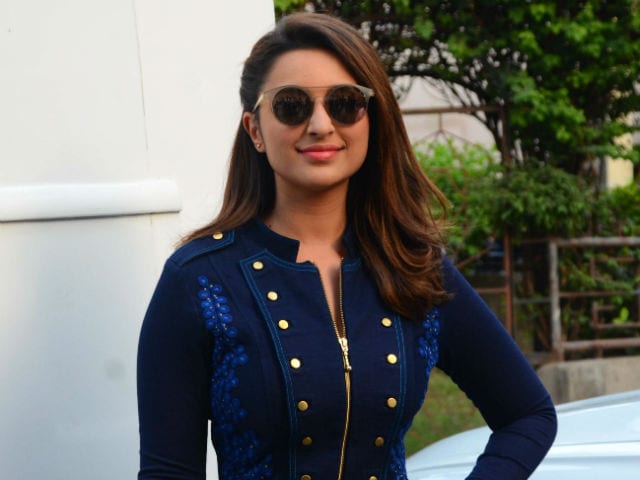 Actress Parineeti Chopra, who is currently awaiting the release of Meri Pyaari Bindu, feels 'amazing' that she has always got 'great roles' in films, reports news agency IANS. "I started with Ladies vs Ricky Bahl for which I won awards. Then I did Ishaqzaade for which I won a National Award. I have always done roles which were amazing. By the grace of God, I have always got great roles," Parineeti told IANS. The 28-year-old actress stars opposite Ayushmann Khurrana in Meri Pyaari Bindu. The film captures Bindu (Parineeti) and Abhimanyu Roy (Ayushmann's) love story. Parineeti plays an aspiring singer while Ayushmann stars as a writer.
Meri Pyaari Bindu is 'special' to Parineeti as the actress has debuted as singer in the film. She has provided playback for the song Maana Ke Hum Yaar Nahin. "Any person who knows me knows that singing is the most important thing in my life. Music is really my soul. That's why Meri Pyaari Bindu is a special film for me as I wanted my first song to be done well," she told IANS. "I wanted it to be a hit. That's exactly what has happened. It's a beautiful track. Everybody loves it. People talk about it wherever I go. I am very happy about it now," she added.
Meri Pyaari Bindu is Parineeti's first release in three years. She last starred in the 2014 film Hasee Toh Phasee, opposite Sidharth Malhotra. "I just took a break for nine months in 2015 and that was because I was making my house and working on my fitness. After nine months, I signed Meri Pyaari Bindu and started shooting it. So, by the time you finish shooting and the film releases, it takes one more year," Parineeti told IANS.
Of Meri Pyaari Bindu, Parineeti said, "It was really one of the sweetest films that I read. The moment I read the script I felt this was the character that I wanted to play. The film is full of nostalgia. It has a lot of old songs which are associated with various chapters in our lives. That's something that I relate to even in my real life because I have songs for every event and person in my life. I connected a lot to the film, so I thought I should be a part of it."
"Our on screen relationship is beautiful because of the real-life bond that we share. He is one of my closest friends right now. I have connected and bonded a lot with him off screen. There is a lot of comfort with him. He is a very easy co-star and not a very demanding or difficult one. He is a very simple and honest guy. We both used to sing a lot on the set as we both have been born with a lot of musical influence. The shooting of the film has been very organic and beautiful for me," she told IANS about co-star Ayushmann Khurrana.
Directed by debutant Akshay Roy, Meri Pyaari Bindu releases on May 12 along with Amitabh Bachchan's Sarkar 3.
(With IANS inputs)