"I have struggled with my weight. I was big and unhealthy, not chubby. I took it upon myself to work towards this. There was pressure of Bollywood to bring me on right part," said Parineeti Chopra 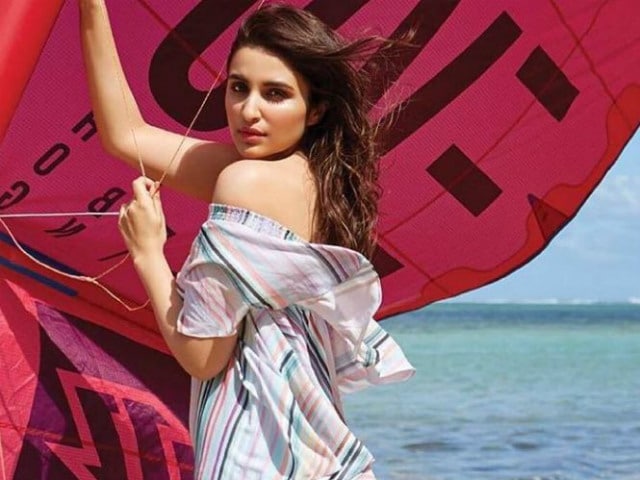 Actress Parineeti Chopra spent a year-and-a-half working for her new toned persona and the actress said that she is now happy to be fit.
"There are women who are pregnant or are dealing with post pregnancy weight, or teenagers who are obese, from across the world. They want to know my story. I am a fat-to-fit story," Parineeti told reporters at a song launch event in Mumbai. Parineeti made a comeback of sorts with the Dishoom song Jaaneman Aah which released on Tuesday.
"I have struggled with my weight. I was big and unhealthy, not chubby. I took it upon myself to work towards this. There was pressure of Bollywood to bring me on right part," she added.
The 27-year-old actress now maintains a healthy diet and has a healthy lifestyle.
"I am fit now. People need to be fit no matter what size they are. I was big and unfit. There are dancers in New York who are big but flexible. It took me a year and half to reach here," said Parineeti.
The Daawat-e-Ishq actress was away from the screen after her 2014 movie Kill Dil and now post her weight-loss break, she is all charged up.
"Of course, I missed being on screen. When I entered the film industry I did four films back-to-back as everyone was used to seeing me on screen. I am not filmy as these guys. I come from a different discipline and I have lived my life in a different way. I needed that emotional break. I wanted to settle down," Parineeti told reporters.
Parineeti feels the break helped her sort out her priorities.
"It's a different world for me. I come from a world of banking and academics and I had to be in front of camera all the time and had the pressure. I just wanted to sort out some things," added Parineeti.
The Hasee Toh Phasee actress is glad that she can wear clothes of her choice now. "Now I have this dedication and concentration on my work because of the break. I wanted to work on my body, I am 27 years old. I wanted to wear shorts and better clothes and not worry about anything. This one year break was amazing," she said.
Parineeti's upcoming film is Meri Pyaari Bindu, co-starring Ayushmann Khurrana.