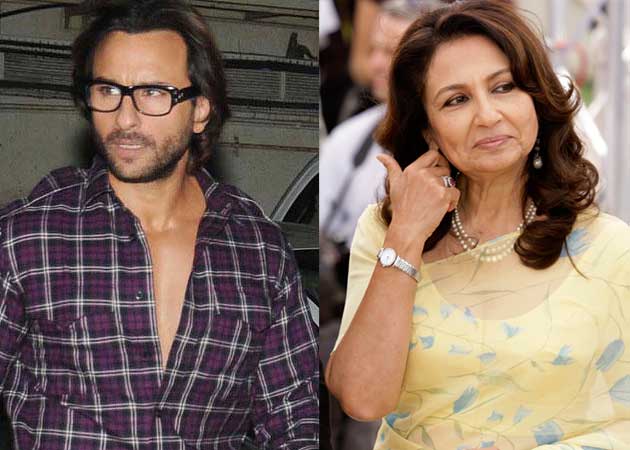 The Election Commission (EC) on Saturday issued notices to veteran Bollywood stars Sharmila Tagore and Saif Ali Khan for organising a wedding bash in Gurgaon without prior permission, an official said.

Former cricketer Mansoor Ali Khan Pataudi's wife Sharmila and several others have been issued notices for organising the anniversary party of Saif's marriage with Kareena Kapoor on the night of October 15-16 at their palace in Pataudi, 26 kms away from Gurgaon city.

The function continued through the night of October 16-17. Crackers were burst for several hours as loudspeakers blared.

"On the directions of Ajai Shankar Pandey, the election observer has issued notice for violating model code of conduct. The sub-divisional magistrate-cum-returning officer of Pataudi has complained to the EC that loudspeakers were used without prior permission during the celebrations. A cocktail party was also organised," official spokesperson RS Sangwan told IANS.

"The accused have been asked to reply by October 21 till 3 pm," he said.

Several Bollywood dignitaries, including Kareena's mother Babita Kapoor were present at the party.

The model code of conduct is in force in Haryana as assembly elections were held on October 15. The counting of votes is being held today.

Pataudi is one of the reserved constituency seats in Haryana.