'Peace for France,' Tweet Akshay, Ajay, Others After Nice Attack

"This is just deeply tragic....#NiceAttack ...prayers and prayers for the loved ones of so many innocent lives," Karan Johar wrote in Twitter 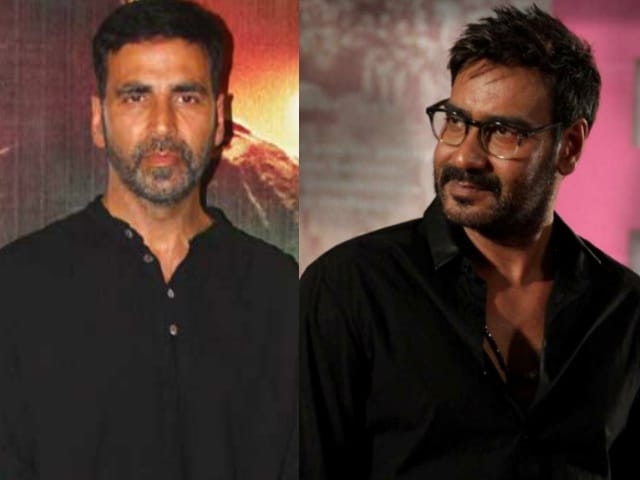 The French city of Nice is recovering from what is being considered a terror attack after a man drove a truck through a crowd celebrating Bastille Day, killing at least 84 and injuring 150. On Twitter, celebrities responded with shock and grief.
From Bollywood, Akshay Kumar, Ajay Devgn, Rishi Kapoor, Karan Johar, Anupam Kher, Sonam Kapoor and Bipasha Basu tweeted prayers for the country, the victims and their families on Friday.


Sad 2 wake up 2 the news of the #NiceAttack! Heartbreaking!Was there last yr,beautiful place & people. Prayers 4 the families of the victims

Feeling sad abt what's happening in France is not enough. Where are we headed, what has become of us- so called humans? Think! #NiceAttack

This is just deeply tragic....#NiceAttack ...prayers and prayers for the loved ones of so many innocent lives

#NiceAttack is a continual example of madness & cowardice of terrorists. World really needs to come together and finish this collectively.

We are such hypocrites, in the pursuit of God, we are going away from him! #Kashmir#Nice#india#france

My thoughts and prayers are with the victims and families of this abominable act of terror in France. #NiceAttack love and strength.

Omg ! Praying for everyone involved in the #NiceAttackhttps://t.co/94jF9vOVV9

Don't even know how to express my feelings of what's happening in the world.Just have to pray at times like this.Too much pain.#PrayForNice

Time has come to deal decisively with sympathisers of terrorist ...its a new type of cancer n you don't negotiate with cancer , u cure it !

So many innocent lives lost in yet another terror attack!!My heart goes out to the victims and their families. #PrayForNice

In the wake of the attack, three days of mourning beginning Saturday has been declared by France.