Phillauri: Anushka Sharma Reveals Something Co-Star Suraj Sharma Might Not Know About His Film Life Of Pi

Anushka Sharma, who is actively promoting her upcoming film Phillauri, shared a still from her co-star Suraj Sharma's debut film Life Of Pi on social media 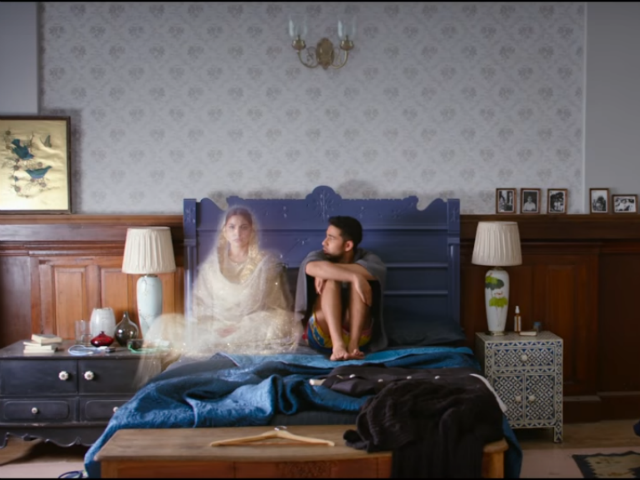 Suraj Sharma will be portraying the role of an NRI who gets married to a tree as he is a maanglik. However, a ghost stuck in the tree, played by Anushka Sharma, begins haunting him.
From Oscars last month to reaching the moon with astronaut Neil Armstrong, Anushka 'Shashi' Sharma is trending on social media.
Anushka Sharma was also spotted with Katrina Kaif in the famous song My Name Is Sheila from the movie Tees Maar Khan. The actress, who was seen posing with the 33-year-old actress, captioned the picture as: "Yeh gaana ekdum galat hai.. inka naam Katrina hai, Sheila Nahi! Main inhey achchey se jaanti hoon.. #ShashiWasThere."
Check out all the #SashiWasThere memes here:

After the 2015 movie NH10, Phillauri is Anushka Sharma's second production venture. The film also features Diljit Dosanjh and Suraj Sharma in lead roles. Anshai Lal will be making his directorial debut with this movie.
Phillauri, co-produced by Anushka and her brother Karnesh Sharma under the banner of Fox Star Studios and Clean Slate Films, is slated to release on March 24.
Anushka Sharma was last seen in Karan Johar's Ae Dil Hai Mushkil co-starring Ranbir Kapoor, and Aishwarya Rai Bachchan. She is currently shooting for Imtiaz Ali's next project along with Shah Rukh Khan. She will also feature opposite Arjun Kapoor in Kaneda, directed by Navdeep Singh.