Phillauri Trailer: Anushka Sharma's second film as producer is on its way to greatness 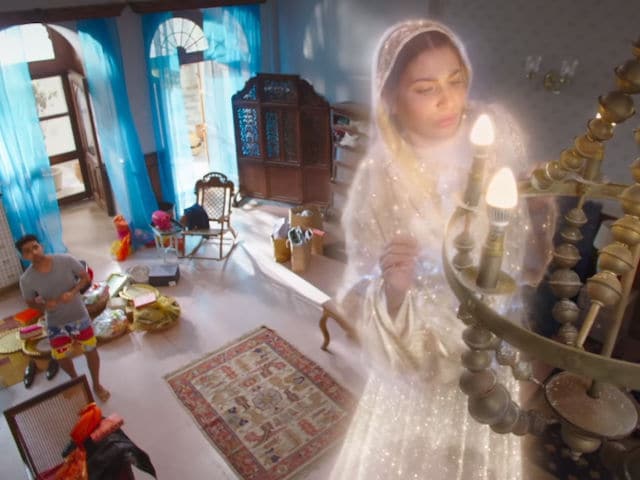 Best Monday ever. Actress Anushka Sharma's second film as producer promises to be everything wonderful. The 28-year-old actress became a producer with NH10, which was hailed by audience and critics and her next, titled Phillauri, is on its way to greatness. Set in Punjab, the film traces the story of a ghost (played by Anushka Sharma) who is married to a living person (Suraj Sharma) after he was asked to marry a tree before getting married to his fiancee as he manglik. Anushka, the ghost haunts Suraj and his fiancee (Mehreen Pirzada) and they discover she has an unfinished business of her own. The story moves to a flashback in which Anushka seems to be in a love with a budding musician played by Diljit Dosanjh and something went wrong in their love story.
Watch the trailer of Phillauri

Of the film, Anushka earlier told news agency PTI: "Wedding in the movie is just the backdrop of the story. Phillauri has got shades of drama, craziness and really interesting characters. It is romantic, fun and at the same time very intriguing. The story is set in Phillaur district of Punjab."
Of her co-stars Suraj, Mehreen and Dijit, Anushka said: "It is a fresh casting. Suraj, Diljit and Mehreen have added newness to the film with their personalities because they are not set in their ways."
Phillauri, directed by debutant Anshai Lal, went on floors in April last year. Anshai has earlier assisted Shimit Amin in Chak De! India, Tarun Mansukhani in Dostana and Sajid Khan in Housefull and Himmatwala.
Anushka Sharma was last seen in 2016's Ae Dil Hai Mushkil co-starring Ranbir Kapoor and Aishwarya Rai Bachchan. Apart from Phillauri, Anushka will be seen in Imtiaz Ali-directed Rehnuman co-starring Shah Rukh Khan.