"Every time you think you know it all, this man, Amitabh Bachchan, teaches you something new. Pink cud have never suited anybody so well," tweeted Ajay Devgn 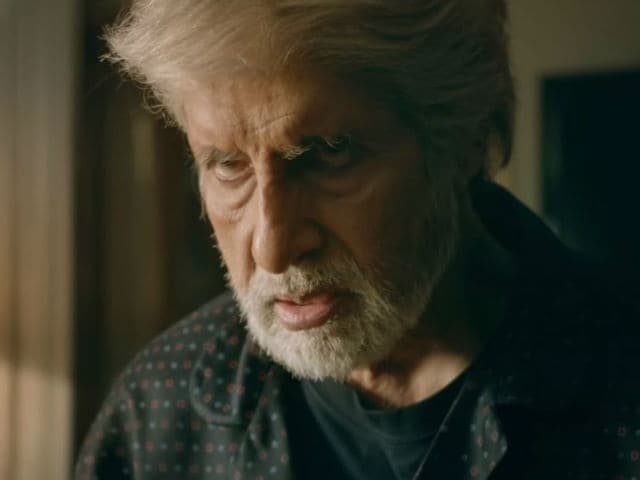 A still from the film Pink

The trailer of Amitabh Bachchan's new film is painting social media Pink since Tuesday and the Internet simply can't stop thinking about it.
Bollywood celebs have shared their thoughts on and reactions to the trailer of Pink, produced by Big B's Piku helmer Shoojit Sircar.
Pink trailer is intriguing, goosebump-inducing and left many speechless:


Everytime you think you know it all, this man @SrBachchan teaches you something new. Pink cud have never suited anybody so well #PinkTrailer

Lovedddd the trailer of #Pink .. Can't wait to see it.. @SrBachchan@ShoojitSircar@tapseepannu

Loved the trailer of #Pink . Totally makes you want to see this film . @taapsee way to go girl ! @SrBachchan as always Brilliant !

Celebrities aren't the only ones impressed, as this tweet from Amitabh Bachchan shows:

Pink features Big B as a lawyer who goes up against three women (played by Taapsee Pannu, Kirti Kulhari, Andrea Tariang), being tried for extorting money from the men they accused of sexual assault.
Pink is director Aniruddha Roy Chowdhury's first Bollywood film. He has previously made Bengali films like Anuranan, Antaheen and Aparajita Tumi.
Watch the trailer, if you haven't already:

The film will release on September 16.