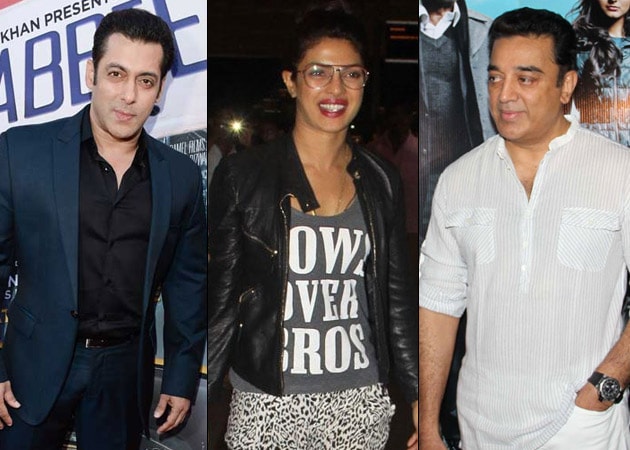 PM Modi has also asked them to nominate nine others each.

As part of his Swachh Bharat Abhiyaan, Prime Minister Narendra Modi nominated nine Indians to begin the Clean India campaign in public places. Among them are actors Salman Khan, Kamal Haasan, Priyanka Chopra and the entire team of the TV show Tarak Mehta Ka Olatah Chasma . PM Modi has also asked them to nominate nine others each, thereby creating a chain of sorts.

I have invited 9 people and asked them to come to public places and work towards a Clean India. I ask them to invite 9 more people too: PM

Aamir Khan, whose TV show Satyamev Jayate had stressed about the need for cleanliness in the last season, was also at the event and urged everyone to support the cause.

The Dhoom: 3 actor told the press today, "I clean up at home and our office is waste-free. We should all support the Prime Minister in this step."

Aamir also emphasised on the need to be mindful of how waste products are disposed of. "Municipal Corporation has to use the solid and waste material in the right way," he said. Talking about the initiative Aamir said, "This is a kind of gift to Mahatma Gandhi."