Pooja Bhatt Confirms Sadak Sequel Is On The Cards

Pooja Bhatt, who was recently spotted with Sanjay Dutt and father Mukesh Bhatt at their Mumbai office, confirmed that they are willing to make a sequel to the 1991 film Sadak 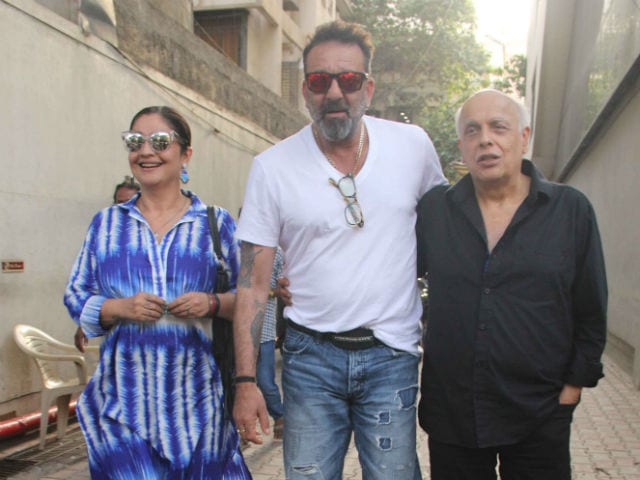 Actress-turned-filmmaker Pooja Bhatt, who was recently spotted with Sanjay Dutt and father Mukesh Bhatt at their Mumbai office, confirmed that the sequel to their 1991 film Sadak is on the cards, reports DNA. "It's too early to speak about the script and casting. All I can say is that Bhattsaab is writing the sequel and has to be the creative backbone with regards to the storytelling," Pooja told DNA. Earlier in February, Pooja piqued our interests about the probable remake, with her two Instagram posts. "Fade in: 25 yrs later-SADAK 2?" she captioned one of her posts. Sadak, directed by Mahesh Bhatt, tracked the love story of the characters played by Sanjay Dutt and Pooja Bhatt.
Here's Pooja Bhatt's posts:


The Bhatt & the Dutt! Can one ask for more? #MaheshBhatt #SanjayDutt #Sadak #nostalgia #then #now #evergreen

Just a week ago, Pooja shared a picture collage of stills from Sadak.


That moment when you suddenly find screenshots of #Sadak on your phone & realise that they have been sent to you by #SanjayDutt himself! #costars #bonds #classics #maheshbhattmovies

Meanwhile, of their meeting, Pooja Bhatt told DNA, "Besides enjoying each other's candidness, we are exploring the possibilities of a sequel to Sadak. One thing we are all clear about though - that we won't attempt it until we believe we can live up to the first. Sadak is a classic and a favourite of millions of people. If we revisit the film, we need to be sure why. But just being in the same room together takes us back to such a precious time from all of our lives."
Of Alia Bhatt's casting in the film's sequel, she quipped, "There is no buzz in that buzz, unfortunately."
Sanjay Dutt's comeback film Bhoomi is currently under the post-production stage. The shooting of the film was wrapped last month. Bhoomi is a story of a father and daughter, played by Sanjay Dutt and Aditi Rao Hydari. The film hits the theatres on September 22.