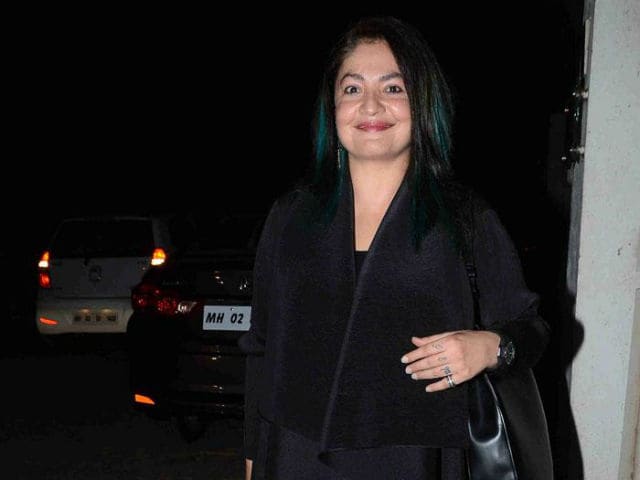 Filmmaker-actress Pooja Bhatt is all set to make her acting comeback after a gap of 18 years with a film, written by her father Mahesh Bhatt.
Pooja, 43, had made her acting debut in 1989 with Daddy. Daddy was about a young daughter, who decides to save her alcoholic father with unconditional love and care.
Pooja said that the new film will be the "reverse" of Daddy. "I am acting in a film. It is like Daddy but we are doing a reverse version of it. It's about an ambitious woman, who gets busy chasing her career and thus leaves her daughter to earn money and fame," Pooja told PTI.
"She is seen as a depressed and drunk character before realising that she needs to make amends for her acts," she said.
Pooja has also done films like Dil Hai Ki Manta Nahin, Sadak and Phir Teri Kahani Yaad Aayee.
Pooja, who was last seen in 1998's Zakhm, has no qualms about not doing many films as she refused to be an arm candy.
"I didn't do many films because I refused to be an arm candy. When my father retired from direction, I stopped acting too. But today, people are telling many good stories and who better than my father to write one. That is why I decided to act," said Pooja.
The film will start rolling this year after the makers find a director.
"We are still looking for a director who will do justice to the material. My father will never direct a film again. He has said it many times and I didn't try to coax him to direct this one either," she said.
Pooja, meanwhile, is working on her next film, Jism 3. (Also Read: With Jism 3, Pooja Bhatt Plans to 'Completely Shake Up Things')