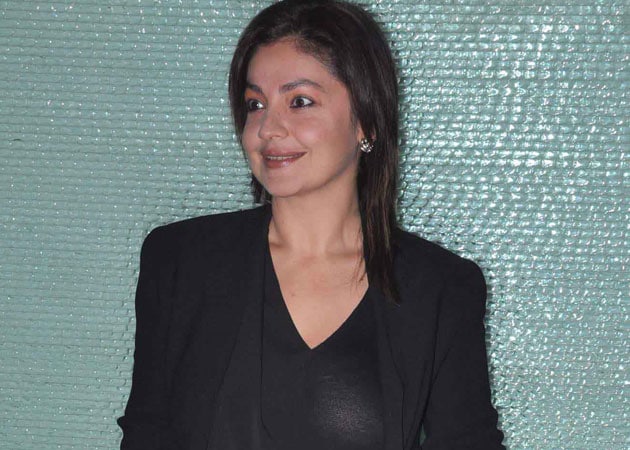 Pooja will play the role of the filmmaker in Dhumuha: The Storm, a movie jointly written by Kalpana Lajmi and Mahesh Bhatt

A biopic on Bhupen Hazarika, being produced by Pooja Bhatt, may see the actress-filmmaker essay the role of filmmaker Kalpana Lajmi in the legendary musician's life.

A biopic on Bhupen Hazarika, being produced by Pooja Bhatt, may see the actress-filmmaker essay the role of filmmaker Kalpana Lajmi in the legendary musician's life.
Hazarika and Lajmi shared a passionate 40-year-old relationship.
Entitled Dhumuha: The Storm, the movie is jointly written by Lajmi and Pooja's father Mahesh Bhatt. Lajmi will direct the project.
Talking about it, Pooja told IANS: "Kalpana Lajmi has offered me the role to play her in the film. I am flattered by this offer. If at all I want to get back to the treadmill and get in shape, then it should be a film like this. Right now, the screenplay is being written, so let's see."
Pooja says more than anything else, the million dollar question as of now is -- "Who will play Bhupen Hazarika?"
"We will have a tough time casting the right actor," she said.
Hazarika was a poet, music composer, singer, actor, journalist, author and filmmaker. He pioneered Assam's film industry and has been hailed as the uncrowned king of the northeast's cultural world.
Hazarika died in 2011. He was 85.