Pooja Bhatt On Battle With Alcoholism: "Had To Stop Before I Drank Myself To The Grave"

Pooja Bhatt said: "I had to reclaim the sharper, brighter me which had got watered down" 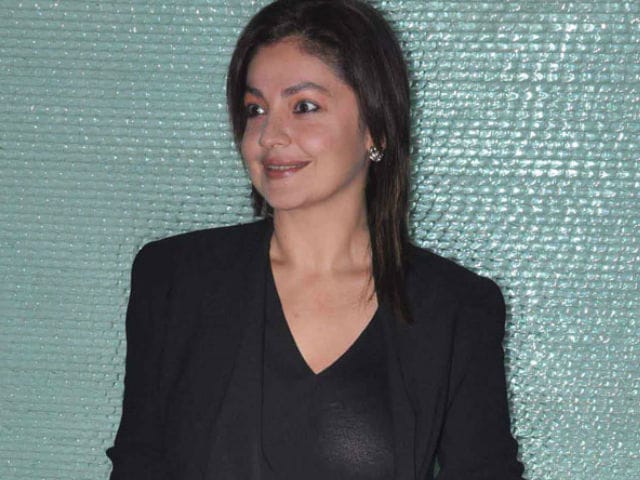 Actress-turned-filmmaker Pooja Bhatt has discussed her struggle with alcoholism and said that if at age 45 she hadn't quit drinking then she would have "drank (herself) to the grave," reports Mumbai Mirror. Pooja Bhatt, who celebrated her 45th birthday on February 24, told Mumbai Mirror: "I am 45 and if I wanted to give myself 10 years of living, I had to quit now before I drank myself to the grave. I had to reclaim the sharper, brighter me which had got watered down." Pooja quit drinking on Christmas Eve last year and says she hasn't touched alcohol since. Pooja Bhatt is the eldest of filmmaker Mahesh Bhatt's four children - her younger siblings are brother Rahul and sisters Alia and Shaheen. Pooja and Rahul are the children of Mahesh Bhatt and first wife Kiran; Alia and Shaheen are his daughters with second wife Soni Razdan
The Moment Pooja Decided To Quit Drinking
Pooja Bhatt told Mumbai Mirror that it was a text from her father which sort of prompted her to take the decision. Mahesh Bhatt told Pooja, "If you love me then love yourself because I live in you." Pooja told Mumbai Mirror that though it wasn't a direct comment on her alcohol addiction, she knew in that moment that "polishing off a bottle of whisky wasn't loving herself." "On Christmas I went to bed sober. I ate dinner and went to bed at 11.40 pm, sober. At midnight I heard the bells of the four churches ring and felt rejuvenated," she told Mumbai Mirror.
Pooja Bhatt's Support System
Pooja Bhatt says she was inspired by the examples set by her father and Cabaret director Kaustav Narayan Niyogi. She told Mumbai Mirror that Mahesh Bhatt swore off after noting Shaheen move her head away due to the smell and he never poured himself a drink again. Kaustav, she said, quit drinking before he started working on Cabaret, in order that if the film failed, it couldn't be blamed on alcoholism.
"For me these two are shining examples, who understand without me telling them anything. Luckily, I pulled the plug before it became impossible for me to stop. I'm in the pink of health except for the weight I put on because I'm now a stressful producer. But being the daughter of an alcoholic makes you four times more susceptible to becoming one," she told Mumbai Mirror.
Today, Pooja Bhatt says alcohol holds no allure for her any longer. She told Mumbai Mirror that when Alia won the Filmfare award for Udta Punjab, she messaged her and said: "Normally this would have been an excuse for me to crack open a case of champagne first thing in the morning. But this time I celebrated by not drinking."
Pooja Bhatt debuted in Bollywood with 1990 film Daddy, which was directed by her father. She directed her first film in 2003 - Paap starring John Abraham and Udita Goswami.