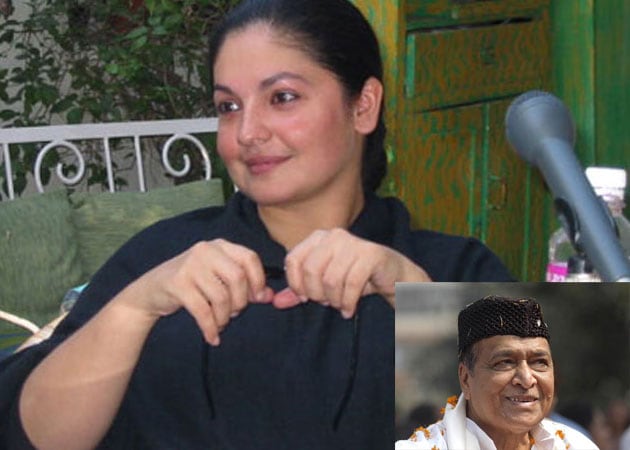 Bhupen Hazarika's (inset) wife is writing a script and Pooja Bhatt will direct the film.

According to the singer's former partner Kalpana Lajmi, she is currently co-writing a script for a film based on Hazarika, to be produced by Pooja Bhatt.

According to the singer's former partner Kalpana Lajmi, she is currently co-writing a script for a film based on Hazarika, to be produced by Pooja Bhatt.
According to the director, the film will dwell on the passionate 40-year relationship between Hazarika and her.
This biopic on one of India's musical legends comes at a time when Anurag Basu's proposed biopic on Kishore Kumar with Ranbir Kapoor in the title role is still waiting to take off.
However, Kalpana says the saga of Hazarika is different from Kishore Kumar's. "Both were legends in their own right. But Bhupenda worked within a different discipline. His music was not restricted to cinema."
Kalpana is co-writing the script with Mahesh Bhatt. "I think we will finish writing by June end and the project will go on floors early next year."
Regarding the actors who would be playing the lead roles, says Kalpana, "The hunt has begun. It's tough to find a face and talent to play Bhupenda. Though, I don't know who can play me."
Santosh Sivan, with whom Kalpana has worked earlier in Rudaali and Darmiyaan, will be doing the cinematography.
"It is Bhatt saab's and my homage to Hazarika," said Kalpana.
Interestingly, Kalpana has one more biopic post this one. She is set to write and direct a film on the slain actress Priya Rajvansh's 40-year relationship with filmmaker Chetan Anand.