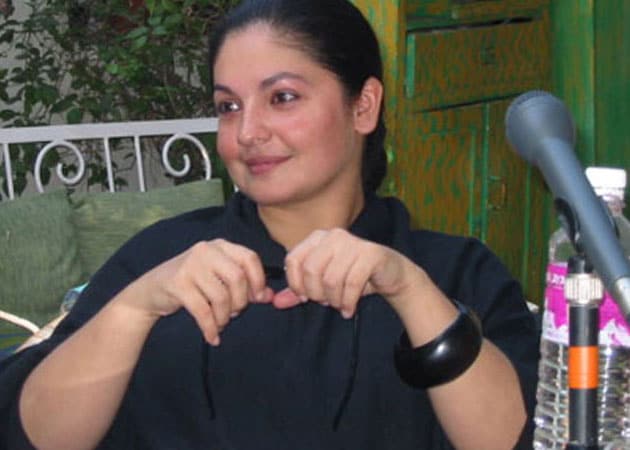 Actress-filmmaker Pooja Bhatt is in no hurry to cast an actress for her next production Cabaret.

Actress-filmmaker Pooja Bhatt is in no hurry to cast an actress for her next production Cabaret. She says that a newcomer or someone willing to reinvent herself, who possesses good acting and dancing skills, would be apt for the role.
Randeep Hooda has been finalised to essay the male lead in the film, while the hunt for the leading lady continues. Kaustav Narayan Niyogi will make his directorial debut with Cabaret.
"Yes, the hunt (for an actress) is still on. I don't want to be in a hurry because I need to cast the right actress for this film. Cabaret is a very special film and it demands an actress who can act as well as dance, which is a rare combination in itself," Pooja told IANS.
"It is going to be difficult to find the right actress. We are looking for somebody completely new or someone who wants to reinvent herself," she added.
Pooja says she admires writer Shagufta Rafique, who has worked with the famed Bhatt banner Vishesh Films on movies like Woh Lamhe, Murder 2, Raaz 3 and even Aashiqui 2. However, Rafique is not involved with Cabaret.
"I have great admiration for her. This woman has come up from very difficult circumstances. She is an asset to our company. She is not a trained writer, but you can see she has delivered so many hits, her work speaks for herself.
"She is not really involved With this project (Cabaret), but I must say she is one person who responds with her heart and not from her head," said Pooja.