Post Gangs of Wasseypur, Richa Chadda is on cloud nine 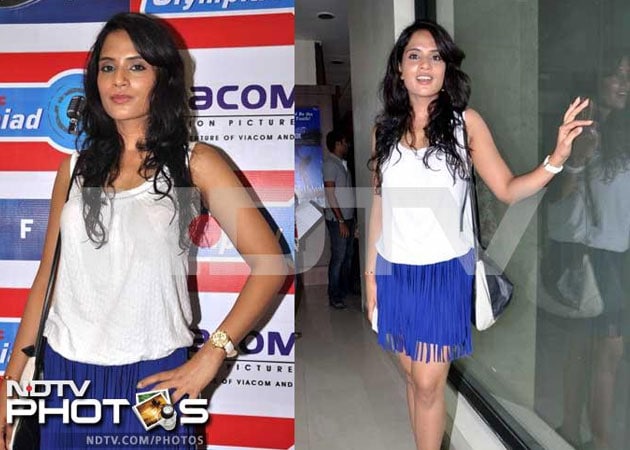 With a string of films in her kitty and getting nominated alongside industry veterans at various award functions, Richa Chadda is on cloud nine after Gangs of Wasseypur.

With a string of films in her kitty and getting nominated alongside industry veterans at various award functions, Richa Chadda is on cloud nine after Gangs of Wasseypur. The actress is enjoying the new phase of her career to the fullest.
"I think it is a great start for me. I am working with some well-known directors. I think I started in a reverse way (from supporting actress to lead role), but never expected such appreciation," Richa said.
"Normally it takes around five to six years for any actor to get to this position. I consider myself lucky to have been able to experience it at such an early stage," she added.
The actress made her Bollywood debut with Dibaker Banerjee's Oye Lucky! Lucky Oye! in 2008, but it was her role in Anurag Kashyap's Gangs of Wasseypur that gave her critical acclaim.
"Everything is destined to happen at a particular time. Oye Lucky! Lucky Oye! just happened. I wasn't completely ready for films. Now I feel I am in a position to handle things in a more organised way," said Richa.
Her powerful performance as Nagma in Gangs of Wasseypur has landed her nominations at award functions too.
Asked how much awards matter to her, Richa said: "It feels nice because there is so much competition in today's times. The awards show that you have been accepted by the industry as well as by the audience."
"For me, to be nominated alongside veterans like Sridevi is a huge complement in itself and an award in itself," she added.
The actress currently has four films Ram Leela, Tamanchey, Fukrey and Ishqeria in her kitty - all of which are glamorous roles. She admits they are all an enjoyable experience.
"I started with a non-glamorous role and I thought I would get such roles only, but to my own surprise, all my new roles are glamorous. I have realised all of us undermine ourselves so much," she said.