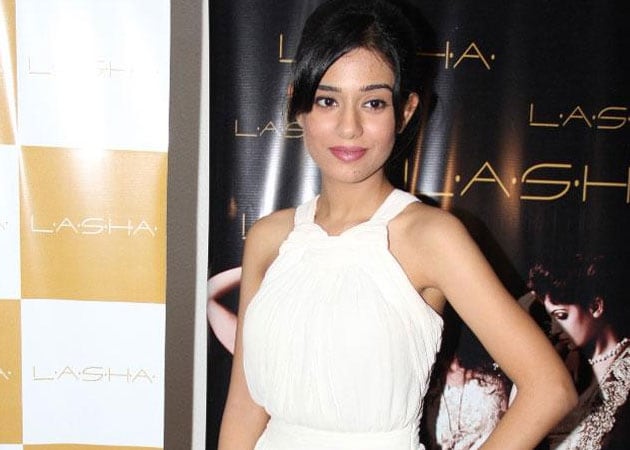 Amrita played the girl-next-door in films like Ishq Vishq and Main Hoon Na.

Actress Amrita Rao, who is happy with the success of her latest film Satyagraha, says she wants to choose better and challenging films now.

Actress Amrita Rao, who is happy with the success of her latest film Satyagraha, says she wants to choose better and challenging films now.
Earlier, Amrita played the girl-next-door in films like Ishq Vishq and Main Hoon Na.
She essayed the role of a school teacher in Prakash Jha's recent release Satyagraha, where she was seen as megastar Amitabh Bachchan's daughter-in-law. The actress now wants to take a leap in her career and play strong roles.
"Satyagraha brought the actress out in me and I am proud to be a part of this film. After this whatever I do, it will have to be interesting, better and challenging than this film. This film has opened lot of doors for me as an actress," Amrita told PTI in an interview here.
Released on August 30, the political drama has reportedly grossed over Rs 60 crore at the box office despite moderate reviews.
"I don't believe in any crore club. It is great to see such a phenomenal response to a film of this kind. I am overwhelmed. I am thankful to Prakash Jha for choosing me for this project and pushing me to give my best. I gave a lot for this film. It is like another feather in my cap," Amrita said.
"Sharing screen space with Mr Bachchan was a dream come true. This will be one of the highlights of my portfolio," the actress said.
Satyagraha is Amrita's second release of 2013. Her first release this year - Jolly LLB - also got a good response at the box office.